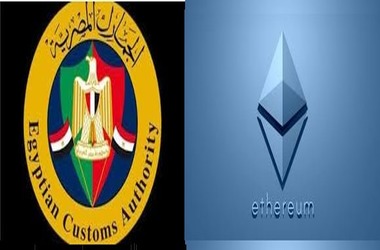 NAFEZA has already sent over 1.1 million trade and financial papers for 75,000 clients since it became required in Egyptian ports last year. Air cargo is now part of a five-year extension of this arrangement, which now includes more than 30 ports and airports as well as border crossings. An immutable record in a distributed ledger system enables legal agreements like bills of lading to be handled without the need for documentation, reducing the time it takes to complete the transaction.

CargoX says that the NAFEZA/CargoX system has decreased the average cargo release time from almost a month to only nine days, and that shippers have saved $600 in compliance expenses by using the system. It is hoped that “…implementing the national single window for trade across borders “would help to transition customs operations” from 19th century manual and paper-intensive customs procedures to a modern, state of the art, digital ecosystem.”

An unprecedented development in the world of blockchain technology is the involvement of a state-owned corporation in the leadership of the accord. An official from CargoX has told The Loadstar that “the market must be brought to the critical point where adoption becomes mainstream” in order for the company’s technology to gain traction.

“When the government examines the data, it becomes clear that a single-window shop would boost government revenues, improve compliance, improve resource allocation and promote cross-border commerce in general,” a spokeswoman said. “The decision for one window instead of many is simple.”

By adopting a proof-of-stake rather than a proof-of-work consensus methodology, CargoX is able to avoid the harmful energy consumption of typical bitcoin based blockchains. According to estimates, the Polygon network uses around 0.79 GWh of Egypt’s yearly energy usage.

The lower the carbon footprint, the more blockchain implementations will convert to proof-of-stake from proof-of-work, which consumes more energy.

CargoX makes use of eco-friendly methods to ensure that the blockchain technology it uses has a minimal impact on the environment. “Since our distributed program is EVM-compatible and supports smart contracts, it may presently be deployed on any blockchain that supports them. During the life of a single document, if cross-chain compatibility is necessary, we may simply bridge chains. Our method can easily be extended to other kinds of blockchains that permit the transfer of non-fungible tokens by designing new connection adapters that can be added into our system.”

BitPay Handled Over $1bln Worth Crypto Payments In 2018