Dogecoin has evolved to become the most coveted meme coin, despite its origins as a parody. It was made with no expectations or plans in mind, as illustrated by the fact that it only took three hours to complete.

Elon Musk, the CEO of Tesla, has shown a keen interest in the idea. He has expressed the desire to improve the efficiency and viability of Dogecoin, which he has chosen as his personal project.

The tycoon recently claimed that if certain conditions were satisfied, the meme-based coin might beat Bitcoin. Liberate Inc CEO Patrick Lodder responded by posting a suggestion on Github outlining variables that might help the currency overcome the industry’s major assets.

Trading Doge is five times extra lucrative than trading Litecoin, as per Lodder. He said that the present planned price of 1 Doge discourages on-chain activities. The consequence is that because of the larger apparent loss of value, investors are deterred from moving their assets from marketplaces.

He believes that the block inclusion pricing rate should be substantially decreased to 0.01 Doge. According to the study,

“This plan to all dogecoin stakeholders proposes lowering average fees on the dogecoin chain by 100x, splitting total impact on all areas of fees between miners and node operators, relying very little on core development, and bringing back a workable (small) free transaction room that actively encourages network health.”

In a recent tweet, Elon Musk expressed his support for the plan to overhaul the Doge fee structure. This is also in accordance with Musk’s latest proposal, which predicted a 100-fold reduction in transaction fees while simultaneously increasing block time and block size by tenfold.

It’s noteworthy that the block size limitation for Bitcoin and Dogecoin is randomly established at 1 megabyte. It’s reasonable that Dogecoin, which was motivated by the Bitcoin concept, has a comparable block size restriction. Dogecoin, on the other hand, executes transactions in one minute, as opposed to Bitcoin’s 10 minute transaction processing period.

This does not appear to be enough for Musk, who believes Doge should be more attractive and have a competitive advantage. Some industry professionals, nevertheless, have disregarded his scalability approach. The billionaire recently said that he is collaborating with engineers to improve the efficiency of Dogecoin. Any modifications, nevertheless, can only be implemented after the plan gets endorsed by the Doge community.

Thanks for Patrick Lodder for all of his research, analysis, and the detailed write up, and to @michilumin who’s leading the coding for the change. 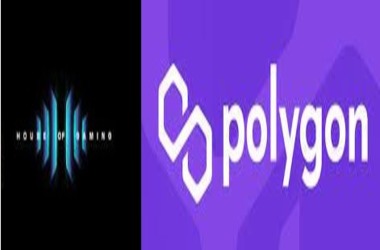