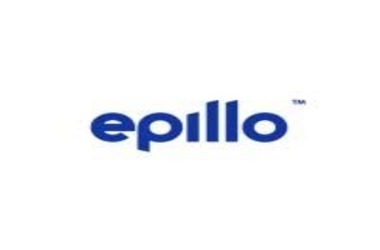 Epillo.io is the Blockchain vertical of Epillo Health Systems, where WEB 3.0 and Blockchain technology have been utilized to create a disruptive IoT smart-wearable range, “Fitmint Wear,” along with the exciting features of NFT-based Gamification, NFTs, a Health products & services marketplace, and Decentralized Finance (DeFi).

Epillo Health Systems is preparing to introduce its first wristwatch, which, according to the company, has the potential to permanently revolutionize the healthcare and fitness industries. Prior to joining the blockchain space, Epillo Health established three healthcare brands: Epillo HealthHUB (Retail Health & Medicine), Freshwey (Health-Food), and INTRx (Technology with WIPO Gazetted Patent on Drug-Food Interaction Management).

As for their fourth and most important project, Aasif Shah, Co-founder and CEO of Epillo Health Systems, explains, “Our goal is not to hand our customers just another smartwatch, as the market is already flooded with many, but to provide them with the highest level of privacy, health data security, and a key to explore the wonders of Web 3.0 in a smart wearable.”

FitMint Wear is a first-of-its-kind blockchain-powered smartwatch that opens new doors to the web 3.0 ecosystem. NFT Gaming, Crypto Wallet, Health data on the blockchain, Crypto Staking, and a new marketplace for NFTs and Healthcare items are some of the features. Mr. Areeb Ahmad, a member of the Company’s Founding Team and its Global Head of Blockchain & Strategy, disputes the notion that the FitMint Wear wristwatch belongs to a new category of smart wearables, as suggested by the smartwatch’s characteristics. Areeb Ahmad adds, “We are not building a new kind of smart wearable; rather, we are only presenting the current health aspects in a more creative fashion with more accuracy and including some novel elements that we think to be the need of the hour.”

While striving to democratize the health-tech business, Epillo is targeting the whole NFT gaming community by including NFT gaming into its wearable. Gamification enables players to earn actual cryptocurrency. According to the litepaper released by Epillo.io, the game may be played in 11 distinct sports modes, with 3 badges determining the degree of difficulty and the individual’s crypto earnings. Intriguingly, an individual’s accomplishments will increase the value of his NFT, which he may also exchange with other collectors or players.

On the 5th of October, during the Crypto Expo in Dubai, Epillo released its whitepaper internationally in order to further explain its additional verticals, including NFT Marketplace and Health data on Chain. According to the litepaper, Epillo will publish its token again by the end of October prior to the debut of its wristwatch. The token will be named after the brand name. While players will earn cryptocurrency in the company’s native token, EPILLO, with an integrated crypto wallet, the token can also be exchanged for other native tokens, giving the user control.

Regarding their DeFi offering, the Epillo Health Token (EPILLO) is the project’s native token. Initially, it will be implemented on the Polygon (Ethereum Scaling Blockchain) chain. EPILLO will provide the community with a safe and scalable network that enables quick and inexpensive transactions.

EPILLO Health Token aims to establish a sustainable economy by supplying different utilities throughout the whole Epillo Ecosystem, while aligning the incentives for all of the system’s stakeholders, including the community, builders, developers, and investors.

As Epillo began as a healthtech company, Dr. Bhupinder Singh, Chairman of the Board at Epillo Health Systems, was asked if this project has any bearing on the future of the Healthcare & Blockchain industries. He responded, “Yes.” “Undoubtedly, the healthcare industry is one of the largest industries. Epillo Health Systems will concentrate on the Retail health, Health-tech, Digital health, and Consumer healthcare aspects of this USD 6.873 billion market. First, we are promoting more user privacy by allowing consumers to keep their health and fitness data in distributed, decentralized ledgers and communicate it with their healthcare providers through peer-to-peer communication.”