Fantom is a massively scalable blockchain platform for decentralized exchanges (DeFi), decentralized applications (DApps), and business software. As per DeFi Llama, Fantom’s TVL reached a new high of $10.51 billion, a remarkable increase of nearly 362,300 percent from its April 2021 TVL of $2.90 million.

A blockchain’s or DeFi protocol’s TVL value indicates the entire amount of capital kept inside its smart contracts. The TVL is derived by multiplying the total amount of assets tied to the network by the asset’s present value. Fantom has surpassed peer Ethereum competitors Avalanche (AVAX) and Solana (SOL) to transform into the fourth-major blockchain in terms of total value locked.

According to DeFi Llama, Binance Smart Chain is presently ranked third with $11.74 in total value locked (TVL). Terra (LUNA) is ranked second with an aggregate value of $16.12 billion. Ethereum (ETH) continues to be the most valuable blockchain, with $116.23 billion in TVL.

The increase in Fantom’s total value locked is due to the accumulation of FTM by the leading 1,000 on-exchange Ethereum whales. According to the whale-tracking portal WhaleStats, Fantom is among the top cryptocurrencies that financially strong investors have purchased the maximum in the recent 24 hours, with average transaction of $1,620 worth of FTM tokens.

Additionally, the whale-monitoring website indicates that Ethereum whales together own over $124.64 million in FTM coins. From January 4, 2022, the value of assets locked in decentralized finance (defi) protocols has decreased by 21.22%. The total value locked (TVL) in defi was $255.84 billion during that period and it is now about $201.55 billion.

Currently, the TVL in defi is $201.55 billion, down 1.19 percent from yesterday. While defi’s value has decreased significantly, it has more than doubled its market share in the crypto economy. According to statistics from Coingecko.com’s annual crypto report, the percentage of defi in the crypto economy has “more than doubled from 2.8 percent to an all-time high of 6.5 percent” since the start of 2021.

At the time of writing, Curve Finance’s defi protocol has a 9.69 percent dominance rating on the $201 billion locked. Curve operates on eight distinct blockchains and has a market capitalization of around $19.53 billion. Curve’s TVL is down 16.34 percent over the previous seven days, according to metrics. In terms of total value locked, Curve is followed by Makerdao, Convex Finance, Aave, and WBTC.

With $12.06 billion in TVL now owned by a single blockchain, Fantom holds the fourth biggest position in terms of TVL held by a single blockchain. Avalanche is fifth largest with $8.62 billion TVL, while Solana is sixth largest with $8.12 billion. The application Anchor is Terra’s largest defi protocol, Pancakeswap is BSC’s largest, and Multichain is Fantom’s greatest.

Binance Exit From US Puts Several Altcoins’ Volume On Questionmark 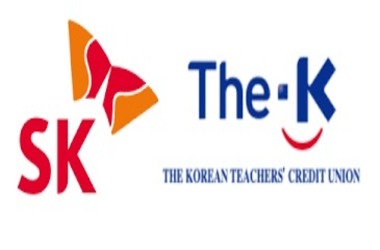