The eToro trading platform has rolled out a tailor made staking service facility for its customers, allowing participants to gain staking rewards from Tron (TRX) and Cardano (ADA).

Users who own these cryptos can participate in the staking program, with rewards paid on a monthly basis. The company stated that more assets will be added soon.

The system is totally mechanized and do not demand any efforts from users who will be able to normally trade the crypto tokens. The rewards are computed on the basis of daily snapshots taken at 00:00 GMT.

The platform computes the relevant award to be disbursed by month end based on daily position size (average).

Notably, intermittent churning of positions in a given month will result in a change in staking rewards. To start receiving rewards, an initial “intro period” is necessary.

Users must possess the assets for a particular period of time to start accruing rewards. The time frame of holding is variable and depends on the crypto token. It is nine days in case of Cardano.

The company’s spokesperson stated that the yield is calculated via monthly compounding, a process that would cause the staking yield to decline considerably in comparison to staking facility provided by private players. However, eToro trusts that its platform is very much competitive. The spokesperson said:

“Clients staking on eToro benefit from doing so on a regulated and globally trusted platform. We also believe staking rewards on our platforms are among the most generous in the market, from a minimum of 75% of the staking yield.”

Back in July, Cardano rolled out staking, following prolonged testing on incentivized testnet. In the recent past, Staking-as-a-Service kind of platforms are seeing rapid growth, with eToro battling with several crypto exchanges and other staking facilitators such as Bison Trails, Binance and Coinbase to name a few. 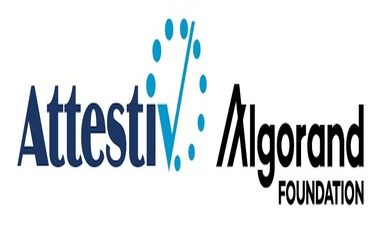