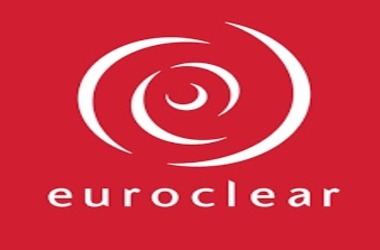 Euroclear, a securities settlement house, stated Monday that it has become a member of an association of banks working on a payment mechanism for tokenized assets, a classic example of reputed institutions collaborating with cryptocurrency newbies.

As it goes further into distributed ledger technology (DLT) or blockchain technology, the core framework underlying cryptoassets such as bitcoin, Belgium-based Euroclear announced it has bought a minority interest in the three-year-old alliance Fnality.

Euroclear, which clears up stock and bond deals, the last step of a trade in which cash is exchanged for actual ownership of an asset, stated that the goal was to settle tokenized products, or digital securities, for digital currency on DLT in a quicker and highly effective manner.

As it advances from piloting to executing its proposal in 2022, Fnality, whose initial owners include over a dozen major banks, stated Euroclear’s cooperation will increase the association’s presence in market framework, the financial platform’s fundamental architecture.

Fnality Chief Executive Rhomaios Ram opined “This has clear advantages for the way we do our company.” Fnality proposes to use digital representations of currencies to substitute several of the time-consuming procedures and documentation associated with moving value across financial institutions. 2021, the Bank of England approved a new form of arrangement at the central bank in order to accommodate a broader variety of expected payment solutions, including the one based on blockchain technology.

Fnality has applied to the Bank of England to transform into a controller of such a kind of account, and its pound sterling settlement platform is set to become operational in October.
Euroclear is controlled by a syndicate of banks and marketplaces, notably Euronext (ENX.PA) and the London Stock Exchange Group, and in 2021 it cleared transactions worth 992 trillion euros (approximately $1,090 trillion) in assets.