Chainspace, self-acclaimed as a “planetary scale smart contracts platform,” recently posted a note on its website announcing that the team “moving on to something new.”

In the meantime, many prominent executives behind Chainspace have modified their LinkedIn profiles.

George Danezis, co-founder of Chainspace, is now listed on Facebook as “Blockchain researcher” on LinkedIn as of February 2019. The Shehar Bano and AlbertoSonnino co-founders did the same thing.

Chainspace is a decentralized application platform, somewhat similar to Ethereum, but still in early developmental stages. The startup was in the process of raising a $2.5 to $3 million seed funding round and was close to that goal when key team members were hired by Facebook. In the past, Lemniscap, MW Partners and KR1 supported the company. 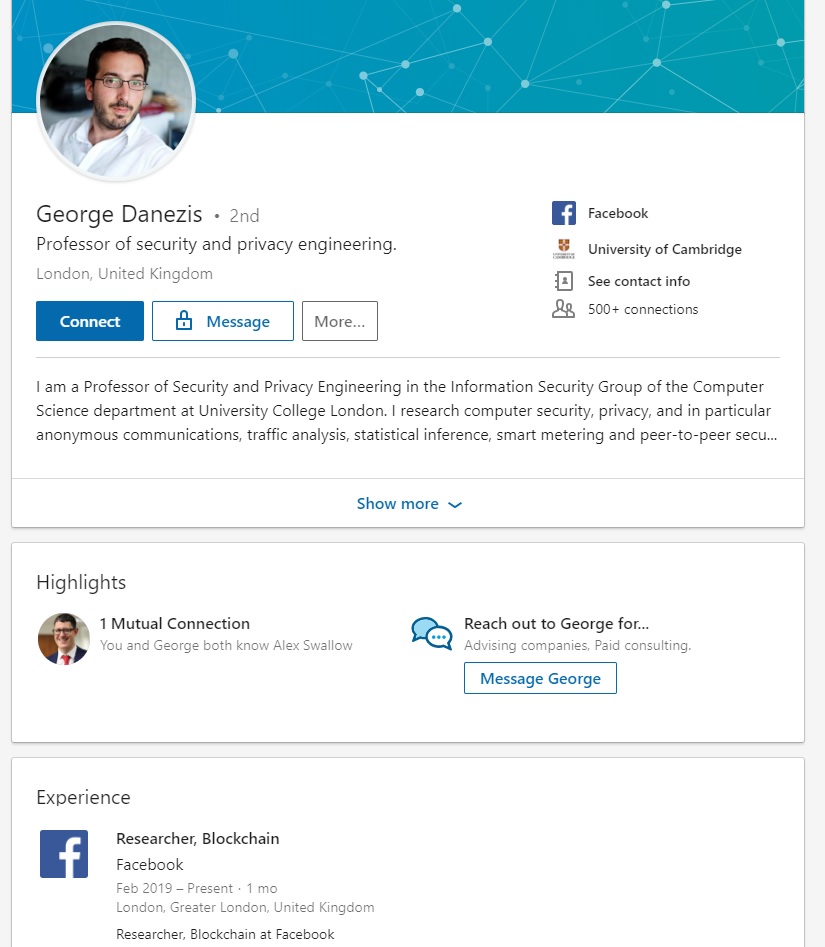 As for Facebook, the company has publicly stated its interest in blockchain on several occasions, most notably in May 2018, when former messenger leader David Marcus announced that he was leaving the group to lead a new group “to explore how to best leverage Blockchain across Facebook, starting from scratch.”

In December 2018, Bloomberg reported that Facebook works on a cryptocurrency that will allow users to send and receive money from its WhatsApp messaging service. A Facebook spokesman explained that the company did not acquire the technology of Chainspace, only the talent.