The G20 leaders, who represent twenty largest economies, seem to have agreed on the necessity to establish a global structure for the taxation of cryptocurrency trades.

According to an article distributed by a number of Japanese media outlets, including Jiji and Nicovideo, the G20 decided that steps to close tax loopholes is clearly essential. The report states that national tax agencies have problems taxing companies involved in cryptocurrency business in their countries if the offices of companies are based out of the country.

For example, if a Japanese firm does not have a Japanese office while dealing in cryptocurrencies, the Japanese establishment cannot tax it. According to the article, the G20 also pointed out that many individuals and firms know and actively take advantage of these tax loopholes.

The G20 leader’s declaration mentions “We will continue to work together to seek a consensus-based solution to address the impacts of the digitalization of the economy on the international tax system with an update in 2019 and a final report by 2020.”

Japan is thought to be a leading campaigner in pushing the G20 to take up a united stand on cryptocurrency rules and has called on the group to create a binding set of regulations worldwide. Japan takes over next year’s G20 Presidency and is anticipated to call for international regulations during its tenure.

Tokyo has already adopted elaborate crypto-monetary legislation, and Japanese regulators are presently looking at the option of reforming existing crypto-tax legislation. Tokyo believes cryptocurrency tax evasion to be a grave trouble and experts say that it seeks to harshly punish wrongdoers. The G20 also decided that cryptocurrencies should be controlled in accordance with the Financial Action Task Force (FATF) guidelines to put a stop to money laundering and terrorist financing.

The declaration reads “We look forward to continued progress on achieving resilient non-bank financial intermediation. We will step up efforts to ensure that the potential benefits of technology in the financial sector can be realized while risks are mitigated. We will regulate crypto-assets for anti-money laundering and countering the financing of terrorism in line with FATF standards and we will consider other responses as needed.”

As reported, numerous and more crypto business visionaries are coming to the conclusion that the crypto market must develop into a regulated asset class before institutions like pension funds, conventional asset managers, and Wall Street investors, will make grave moves into the market. Now, the lack of guideline in the crypto and blockchain space, particularly for projects that raised funds through ICOs,is keeping even compliant ventures from working.

However, law is not prepared to address all perspectives of blockchain executions. The directive of the crypto world is a very complicated task, while some even disbelieve that it could be controlled at all. One of the primary issues is the lack of clear definitions, while the tokenization of assets, competition between nations, and several regulatory approaches makes this still more challenging.

In September, Bank’s for International Settlements (BIS), in some cases referred to as the “central bank of central banks,” BIS cautioned that universal coordination is the lone technique to legitimately standardize the cryptocurrency market, due to the global nature of this new market.

However, it is foreseeable that various jurisdictions will familiarize blockchains and their impacts in an additional cost-effective and appealing behavior than others and this competition can make possible blockchain advancement, according to Anastasios Antoniou, member of the EU Blockchain Observatory & Forum, Policy and Framework Working Group. 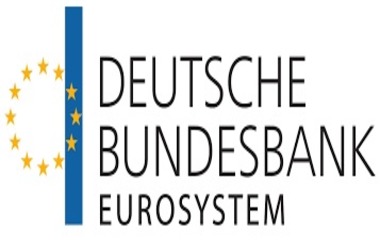