EOS developer Block.one successfully made a buyback of its 10% stock, implying a return of 6,567% to investors who were on board early in the project. Galaxy Digital, the crypto asset focused crypto merchant bank has issued an update to its partnership with EOS blockchain manufacturer, Block.one.

The company established by Michael Novogratz approved the buyback bid and by selling its holding in the blockchain firm earned over $70 million. Galaxy Digital highlighted that the institution generated returns of 123% through the stake sale.

“The acceptance of Block.one’s tender offer reflected a decision to rebalance the portfolio to maintain an appropriate level of diversification after the position increased due to its substantial outperformance relative to the remainder of the portfolio.”

Michael further stated they would proceed to operate as an important partner with Block.one across a variety of commercial fields including the Galaxy EOS VC Fund that invests in businesses that build on the EOS protocol. In January 2018, the two businesses entered into a collaboration to introduce the $325 million EOSIO Ecosystem Fund.

In July 2018, Block.one got additional funding from a variety of large names including co-founder of PayPal Peter Thiel and co-founder of Bitmain Jihan Wu. The repurchase rates gives a value of $2.3 billion for the company, an increase from roughly $40 million in 2017 when it conducted the seed funding round, according to Bloomberg.

The proposed repurchase cost is $1,500 per share— up 6,567% from the initial offer price of $22.50. The exit is portion of Block.one’s share repurchase program that involves purchasing 10% of its company stocks, as per Bloomberg. The repurchase price represents yields of 6,567% as mentioned earlier in the article.

Bloomberg had mentioned at the end of February that Block.one had about $3 billion in assets (cash and investments), and as per a business letter, possessed 140,000 BTC by March. As Bloomberg states, stakeholders who could presumably profit from this repurchase include co-founderof PayPal Peter Thiel, co-founderof crypto mining hardware company Bitmain, Jihan Wu, and hedge fund promoters Alan Howard and Louis Bacon, all of whom purchased stake in EOS back in July 2018.

Bacon and Howard supposedly refused to comment as to whether their stocks would be sold back to EOS, with Bloomberg mentioning that Thiel is yet to reply to multiple queries. However, Block.one’s repurchase bid — which amassed a record $4 billion through its year-long token crowd sale that ended in June 2018 — has triggered some condemnation from cryptosector observers Nic Carter, an associate who concentrates on blockchain at Castle Island Ventures, a Boston-based investment entity, noted in an interview with Bloomberg that:

“A private buyback of this sort signals to me that the company believes that there are few growth opportunities in sight, or badly wants to consolidate ownership and avoid outside scrutiny.”

Block.One issued a similar token repurchase bid in which it attempted to repurchase 15% of its outstanding tokens for $1,200 each. The company supposedly repurchased 13.8% by spending approximately $300 million. Bloomberg reminds a March 2019 email to shareholders that supposedly disclosed the total assets of EOS, including cash and investments, at the end of February was $3 billion.

Of these, $2.2 billion was kept as the company’s “liquid fiat assets,” with the majority of that cash invested in the US public bonds. The letter also supposedly disclosed that the value of the crypto portfolio of the company had halved to about $500 million during the crypto winter. 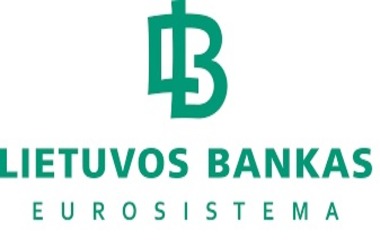