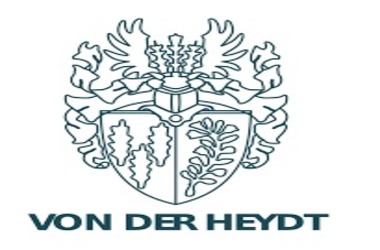 Germany’s Bankhaus von der Heydt (BVDH) has rolled out a Euro stablecoin on the Stellar blockchain. The bank asserts that the token is the foremost of its kind to be issued by a bank.

The EURB stablecoin, which went online today, was coded on the Stellar blockchain in collaboration with Bitbond, provider of tokenization and digital asset custody technology.

The asset, which is totally regulated and pegged to euros on a 1:1 ration, will not be listed on exchanges due to stringent regulations and KYC requisites.

If a client wants to purchase the stablecoin, a fiat currency transfer is to be made to an escrow account held at BVDH, which will initiate the disbursement of the EURB. The media release also indicates that financial app developers can quickly use the token to complete asset transfers on-chain.

The core platform, developed by Bitbond, provides total control of the stablecoin’s security to the bank, including systems for minting and burning the EURB token.

BVDH, which was set up in 1754, has conventionally centered on institutional customers in securitization linked dealings. A year back, Stellar and Bitbond, which have been cooperating since 2019, decided to study distributed ledger technology. BVDH managing director Philipp Doppelhammer detailed:

“We were drawn to Bitbond and Stellar due to the ease in which assets are issued and managed on the network.”

“Banks normally wouldn’t feel comfortable using [stablecoins] like Tether or USDC, due to the potential counterparty risk that is behind them […] They prefer to work with stablecoins issued by banks, and the same is true for institutional investors.”

The German regulator Federal Financial Supervisory Authority has already endorsed Bitbond for the issue of tokenized bonds via Stellar blockchain. A few days before, privately owned German bank Hauck & Aufhäuser introduced its foremost crypto fund, the HAIC Digital Asset Fund I, which is scheduled to be rolled out on January 1, 2021. The fund is based on Bitcoin (BTC), Ether (ETH) and Stellar’s XLM.