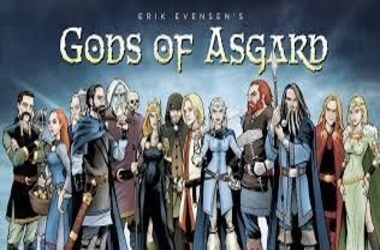 The development team behind the highly-anticipated Play-to-Earn (P2E) blockchain game Gods of Asgard has stated that the game’s debut will take place sooner rather than later, namely in July 2022. With the global gaming market expected to reach a valuation of $315 billion by 2026 and global cryptocurrency adoption surging to new highs every year, Gods of Asgard looks set in being a Web3 frontrunner by effectively combining decentralized finance (DeFi), non-fungible tokens (NFTs), and high-quality graphical gameplay to offer top-notch entertainment and a rewarding experience for all gamers.

Gods of Asgard is a player-to-player (P2P) blockchain game with non-fungible tokens that takes place in an immersive open environment. A project that focuses on GameFi and NFT innovation while also imagining a pioneering position for itself in the process of assisting gaming to transition from being a source of enjoyment to a respectable source of revenue.

The primary goal of Gods of Asgard is to incorporate the use of non-fungible tokens (NFTs) as playable game characters that connect to a robust gaming platform. This is to be accomplished while enabling players to maintain full control and ownership of their in-game assets and earn rewards based on the accomplishments they make while playing the game.

Players will be thrust into a vast open environment that was constructed using the Unity game engine, and the action will take place in the realm of the Midgard universe, which is firmly entrenched in Norse mythology. The platform offers players a fully immersive gaming experience by embracing an exhilarating battle royale style Player-versus-Environment (PvE) setting with the simple motto “Battle| Survive | Earn.” The platform takes inspiration from games like Elden Ring and Fortnite while also offering realistic 3D modeling graphics.

Additional features include the ability to breed (summon) new generation NFT characters, sacrifice existing NFTs to upgrade characters into higher tier levels, and scholarship programs that allow owners to rent their NFTs to aspiring players who are new to the game. The ability to breed new generation NFT characters is referred to as the “breeding” feature. Due to the platform’s high degree of scalability, further additions will include a Player-versus-Player (PvP) mode, virtual reality, skill improvements, crafting, and the introduction of additional playable characters.

At the debut, Gods of Asgard will use a dual token architecture that will consist of $THOR and the in-game native money, which will be denoted by $ASG. When players win individual gaming sessions or acquire enough money through scholarship programs, they are awarded with $ASG tokens as a kind of monetary compensation. Monetization plan will come into play for owners, who will have the ability to quickly sell or trade their NFTs or tokens through secondary markets and DEX exchanges, or they will have the option to choose to summon or sacrifice their NFTs for larger, more future payments.

In the month of May, a total of 19,000 genesis zero NFTs will be available for minting, bringing the total supply to 19,000. When compared to their summoned counterparts or items that will be released in subsequent batches, this first group of NFTs will have the highest earning potential and will be given the distinction of having the sole legendary tier status available inside the game.

Gods of Asgard is the first branch of Thor Financial’s ecosystem. Its goal is to introduce a brand-new utility and income stream to the GameFi industry while also bringing extra innovation. Future integration with specialized Sandbox metaverse plots and ongoing growth of their development staff will provide a definite route toward the creation of interoperability and a cohesive ecosystem across all of Thor Financial’s products and services.

Whale Moves Ethereum Worth $112mln from One Crypto Wallet to Another