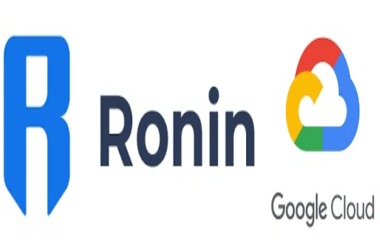 Sky Mavis has partnered with Google Cloud to serve as a validator for its blockchain-based gaming network and allow its safe and sustainable scalability. Sky Mavis manages the famous Axie Infinity game, which authenticates distinct digital objects using non-fungible tokens. Back I n March, Sky Mavis claimed that the Axie Infinity-supporting Ronin Network had been compromised. Totaling $620 million, thieves took 173,600 in Ethereum crypto (valued $594.6 million) and $25.5 million in U.S. dollars.

Currently, at the AxieCon conference in Barcelona, Sy Mavis announced a multi-year partnership with Google Cloud to strengthen the safety of Ronin and develop its aim of creating a gaming world with interconnected, engaging, and rewarding interactions.

Ronin is a blockchain network based on the Ethereum virtual machine (EVM) that was introduced by Sky Mavis in February last year in order to accelerate trades and eliminate unnecessary gas fees for its rapidly expanding user environment, thereby enabling millions of in-game micropayments to occur smoothly.

It uses a Proof of Authority (PoA) consensus mechanism in which validators are chosen based on their trustworthiness and are accountable for validating, voting, and preserving a ledger of blockchain transactions. As portion of its drive toward decentralization, Sky Mavis offers and throws up for vote additional validators. The present network then necessitates that a minimum of 70% of its validators support a plan.

“Validators are responsible for guaranteeing that trades on Ronin are successfully handled. They also act as vital network associates and regulators,” stated Sky Mavis’ chief operating officer, Aleksander Larsen, in an announcement. “Google Cloud, which is a respected member of the tech community and has extensive technical knowledge in blockchain framework and validator operation, was understandably among the top candidates. Google Cloud has indeed been our key cloud supplier for the last two years, so welcome them as Ronin’s 18th validator is a major event for us, particularly as we get closer to our primary aim of safeguarding the network with 21 independent validators.”

By constructing core offerings such as Ronin, its proprietary Axie Infinity game titles, and Mavis Hub – a springboard for distinct blockchain games – on Google Cloud’s scalable, safe, and sustainable framework and low-latency connection, Sky Mavis plans to make Ronin as the default NFT scaling option for gaming and provide users with more prospects to convert their valuable time and labor into tangible value. This implies that third-party game publishers may release their games via Sky Mavis.

Google Cloud will allow the scalable distribution of games created by community in addition to other applications made possible by Sky Mavis’ connections with large game companies. Considering that a Ronin transaction is indeed designed to be more environmentally friendly than a deal on a Proof of Stake blockchain, Sky Mavis’ choice to put its services on the greenest cloud in the business would further lower the environmental effect of its network, the firm stated.

Sky Mavis has also selected Google Cloud for its digital distribution network’s advanced congestion control and caching functionalities, to accomplish smooth and dependable experiences to users on any gadget, including those who make a living through Axie Infinity but reside in remote regions with intermittent Internet access.

“From our tenure in the Google for Startups Cloud Program to the point we are now, Google Cloud and its collaborator Searce have given us with the right resources at every phase of our growing – up years,” said Sky Mavis CEO Trung Nguyen. “We eagerly anticipate the next stage of our partnership with Google Cloud and Searce, particularly given their evident commitment to our sector and willingness to help us and the broader community with essential features for Web3 applications created in the cloud”

Within the following 18 months, Sky Mavis intends to recruit an additional 100 individuals. Sky Mavis has embraced Google Workspace to continue recruiting world-class talent and enable its centralized group of engineers in Vietnam to seamlessly connect, develop, and interact with their coworkers throughout the globe.

Sky Mavis has tripled the strength of its worldwide team last year in order to speed up its product portfolio and endorse the rising volume of user-created games and information within its environment. Additionally, the company is empowering its engineers to enhance their skill and contribute substantially to its user base.

Sky Mavis’ CTO, Viet Anh Ho, stated in a statement, “After evaluating all alternatives, we picked Google Cloud based on a variety of key factors.” “Google Cloud’s open source history and guided Kubernetes offering is one aspect in specific. Google engineers created Kubernetes, therefore it is only logical that Google Cloud has the most advanced autoscaling and application rollout abilities. These allow our developers to explore new territory and thrill consumers with interconnected and immersive interactions, all without interfering with the gameplay. In addition, the Google Cloud facilities we use are already adequately trialed on Google products such as Search and YouTube.

From providing new fighting systems, balancing improvements, and seasonal scoreboards to unveiling co-created blockchain game titles on Mavis Hub and creating a platform for exchanging Axie NFTs, Sky Mavis regularly releases hundreds of development upgrades. In addition, the corporation must verify that game states are synchronized on a real-time basis during multiplayer encounters and that individuals with comparable skillsets are matched. By leveraging Google Kubernetes Engine (GKE) to automate the deployment process and game server administration – with zero downtime – its engineering staff can skip tedious backend settings and concentrate on developing interesting products and capabilities.

“Sky Mavis is an excellent illustration of the way the cloud can empower blockchain technologies to deliver creativity and value creation for people,” said Ruma Balasubramanian, general director for Southeast Asia at Google Cloud. “Together with Searce as our deployment associate, we anticipate collaborating with Sky Mavis to speed up its product vision and expand the Ronin blockchain network with safe infrastructure at its heart. We’re also enthused about the potential outcomes of this newest partnership, whether they enjoyable user experiences or new revenue structures for games delivery.”