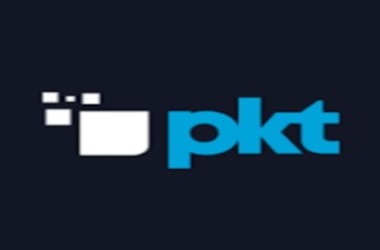 Despite the fact that internet service providers have steadily increased their prices by approximately 4 percent per year over the last decade, blockchain technology presently facilitates the monetization of un-utilized household broadband connections by empowering anyone to become an ISP to their locality and earn passive income as a result of the technology.

A powerful edge computer meant to monetize spare internet bandwidth, according to PKT Pal co-founder Josh Berger, is a simple device that links to the PKT blockchain, which is a layer 1 protocol fueled by PacketCrypt, the world’s first bandwidth-hard proof of work algorithm (PoW). It is a noiseless, plug-and-play mining gadget that allows anybody in the world to commercialize their spare internet bandwidth, and it rewards customers in PKT Cash every 60 seconds for bandwidth that has already been purchased but is now being squandered, according to Berger.

Between February 1996 and December 2020, rates charged by internet service providers climbed by 250%, a rate that is equivalent to 3.9% annual growth. These businesses have a profit margin of 80% before interest, taxes, depreciation, and amortization, according to the S&P 500. “The result is that consumers are forced to bear the burden of price increases from their local providers and monopolistic ISPs,” Berger explained.

This open-source community project proposes a solution that would allow any individual to monetize their home internet connection by enabling them to become an Internet Service Provider (ISP) to their local community and earn passive income from their internet connection, which has traditionally been considered a high-cost of living.

Each PKT Cube is more than just a mining device; it also serves as an edge point for the PKT Network, supplying electricity to it. In contrast to the use of a PKT Cube, the PKT Pal physical devices come preinstalled with a proprietary operating system called PkteerOS, which is “intended to make earning PKT Cash as simple and straightforward to do as plugging in the device and utilizing a mobile application.”

The PKT Network is end-to-end encrypted, allowing users to enjoy greater privacy and security than they would otherwise have with their current internet connection. Through localized mesh networks (which will eventually be available worldwide) and wifi-sharing using cjdns technology, the PKT strategic plan will ultimately enable people to provide internet access to their neighbors.