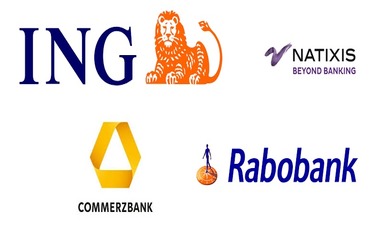 The blockchain-inspired Corda platform of R3 is being tested in the Euro Debt Market and the syndicated loan arena in separate field trials with an international bank consortium. In New York and São Paulo, Itaú Unibanco borrowed $100 million from the Standard Chartered (S) under Club Loan.

Under the proof of concept, participants were able to monitor the revisions, comments and the sequence of approvals of the loan agreement over the ledger and track and subsequently to audit any changes in terms leading to the closure of the agreement.

Germana Cruz said
“The blockchain platform has the potential to bring significant operational, financial and technological gains to all parties concerned. The PoC demonstrated its potential to reduce costs and gains in efficiency in the process of negotiation of the agreement and at other stages of the traditional transactions involving a Club Loan.”

In a separate development, R3 has announced the completion of a live commercial paper transaction with partners Commerzbank, ING, Natixis and Rabobank on a new Euro Debt Solution application based on Corda.

For the deal, Natixis acted as the issuer and Rabobank acted as the investor. ING played a dual role of both the dealer and escrow agent. Using the platform debt for a notional amount of EUR 100,000 with a one-day maturity was issued. Commerzbank supported the trade with its pilot framework, software and distributed ledger network in addition to offering guidance on regulatory implications.

In conception for two years, the banks have worked with external guide Allen and Overy to build a comprehensive regulatory framework for the proposal.

Commenting on the trial, Marnix Bruning, head of money market & central bank sales at ING, said “This live trade lays the foundation for dealing ECP more efficiently and cost effectively. It also marks the start of building an improved DLT platform that enables direct settlement and reduces operational risk and costs at the same time. At ING we look forward to our continued collaboration in taking this solution to the next phase.”