Organizations which make noteworthy contributions to speed up digital transformation are chosen for the award.

TM Forum, which has over 850 firms across the globe as members, intends to “break cultural and technological barriers” in four sectors namely service providers, consulting firms, technology providers and system integrators.

The institution, which has top 10 network and communication facility providers across the globe as its members, functions in 180 countries. Earlier this year the IOTA Foundation became a member of the organization.

IOTA was chosen for the award after it played a significant role in the creation of a Catalyst venture with rest of the forum members.

Specifically, the IOTA Foundation and other associates in the organization played a part in the development of “smart solutions” and real-world use cases with IOTA’s technology as the core. TM Forum stated:

“The goal of this year DBM Catalyst was to explore how companies in traditional industries can be digitally transformed by further digitizing their products, services, and supply chain.”

Furthermore, the venture was created in partnership with tech providers such as Accenture, Altifio, AWS, Intel, R3, and IoT Lab, to name a few. TM Forum said the following regarding the product created in the venture:

“The result was the creation of a Digital Business Marketplace, in which companies select and orchestrate a number of integrated services, to deliver end-to-end solutions in vertical domains, such as Smart Grid, Smart Factory, Smart Theatre and Smart Logistic.”

TM Forum tabled real-world use plan where IOTA’s technology was utilized to “ensure the security and compliance of the hardware component infrastructure” in the venue and custody of a chain. Thus, a “Smart Entertainment scenario” was “enabled” utilizing a point of access. The organization pointed out:

“IOTA’s ledger and its ability to integrate with tracking devices, such as PING ASSETS and Zebra Technologies, has been leveraged to showcase how such a HW component’s journey will be implemented, while its compliance can be trusted in a multi-stakeholder ecosystem.”

Furthermore, the Catalyst venture explored IOTA’s monitoring abilities embedded into a system developed using Corda blockchain to “enable the deployment of smart contracts for property management” in a distribution logistics. The solution is referred to as the IOTA Track and Trace Ledger. 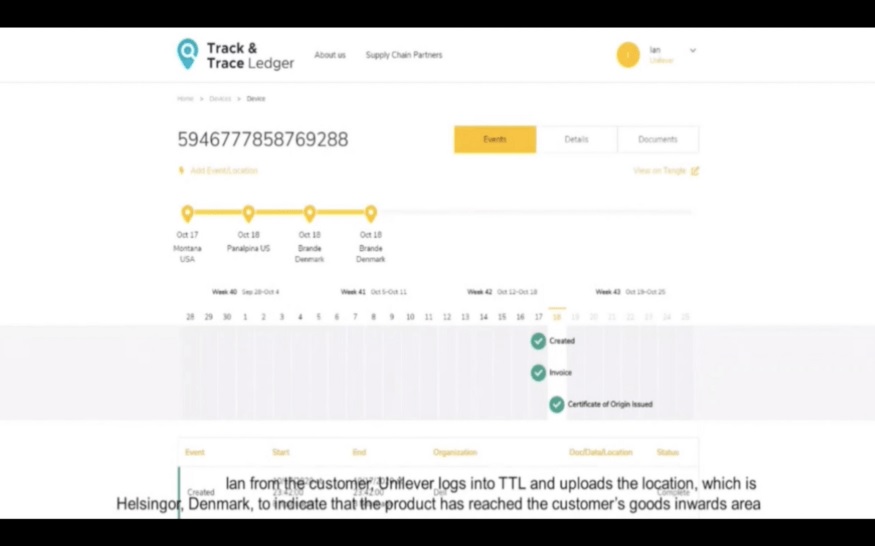 Two other situations studied in the IOTA based venture was Smart Factory and Smart Grid. The foremost one permits users to link a wallet with smart contracts to receive payments while utilizing it in digital business marketplace (DBM).

In the second context, IOTA and the Agile Fractal Grid studied “decentralization” in a real-world use case that employed DL technology to disburse information and pave way for direct payments.