Speculation grows that Samsung is on the verge of launching a smartphone that supports cryptocurrency. Trademark filing on December, 27, following weeks of rumors, added weight to the notion that Samsung has cryptocurrency on its roadmap, and that the next feature to add to its flagship phones, which retail for up to $750, could be a built-in wallet. Simply titled “Samsung Crypto Wallet,” the UK003363431 trademark does not reveal much in detail, but its name is unambiguous enough.

With each new iteration of smartphones, such as Samsung Galaxy and Apple’s iPhone, technical improvements are less visible and new features are less common. The integration of a cryptocurrency wallet with its private key stored separately from the rest of the phone’s core operations in a secure enclave gives manufacturers the opportunity to distinguish their handsets from the competition. It also gives users of cryptocurrency a new gadget that they want. To date, however, so-called blockchain phones have been underwhelming.

In comparison with high-end phones, Sirin’s Finney smartphone has been derided in some quarters for its clunky design and mediocre features. In the meantime, the HTC Exodus smartphone, supported by cryptocurrency figures like Charlie Lee, was supposed to ship this month, but still has to deliver. Therefore, the blockchain phone bar is pretty low.

If Samsung were to throw its hat into the ring and try its own crypto-equipped smartphone, it would be very likely to become its most popular device. In October, the Samsung Foundry production wing launched a new 7-nanometer (nm) Low Power Plus (7LPP) process node production process that could reduce its energy consumption by up to 50%. The chip could allegedly have positive consequences for crypto miners using Samsung hardware, as energy costs prove to be a key factor in the profitability of the industry.

As a result of the filing two pressing questions are left to cryptocurrency users: 1. Does Samsung develop a standalone hardware wallet or smartphone integrated wallet?

2. Were the trademark defensively or offensively filed? In other words, is Samsung intending to develop this device in the near future? Companies often file patents and register trademarks prolifically, although only a handful of them will result in a product being placed on the market. Indeed, according to the approval of the Samsung Crypto Wallet trademark, another 42 trademarks were also registered in the UK by the Asian electronics manufacturer. 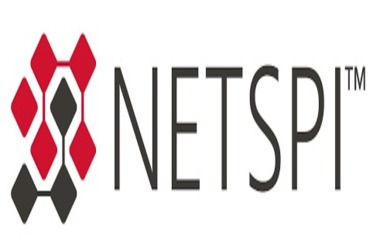