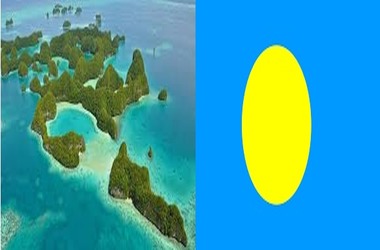 The initiative, which bills itself as a “door to the borderless financial system,” issues eligible users with digital resident Identity cards as non-fungible tokens (NFT), enabling them to participate in Palau’s future digital-first ecosystem, which will include actual addresses and shipments. President Surangel Whipps views the introduction of the digital ID as another strategy for diversifying Palau’s tourist and fishing-based economic system, which suffered significant damage during the epidemic.

The ID, which has been priced $100 per individual, would include critical authentication elements such as know-your-customer (KYC), anti-money laundering (AML), and anti-terrorism funding (ATF) protocols. Every year, it would be renewed.

“Our Digital Residency Program will support globally renowned benchmarks of personal identification to guarantee that Palau abides the legal system and our reputational trustworthiness,” President Whipps told the press, adding that he hopes the scheme will assist the tiny island nation in adopting a digital culture similar to that of Singapore or even El Salvador.
“All worldwide citizens are encouraged to apply for Palau’s digital residence program.”

The program presently has a queue of over 60,000 candidates, with registrants permitted to move up to 100 slots on the backlog via recommendations. This is Palau’s second foray into blockchain technology. In November 2021, the nation teamed with Ripple to launch a USD-pegged crypto currency to promote eco friendly trans-border payments.

Ripple claims that its carbon-neutral blockchain ecosystem is 120,000 fold energy efficient in comparison to other competing networks, while also offering cheaper prices and better speeds.

Originally suspicious of cryptocurrency, the island government of Palau shunned it in the past because to its affiliation with illegal funding associated with narcotics and extremism. Nevertheless, it has lately lauded the economic benefits of blockchain and cryptocurrency, arguing that they are integral to the country’s updated economic strategy, which would assist the Republic of Palau in emerging from the epidemic and diversifying its economic system.

Palau escaped the pandemic’s initial stages and only reported its foremost case of COVID-19 in August.