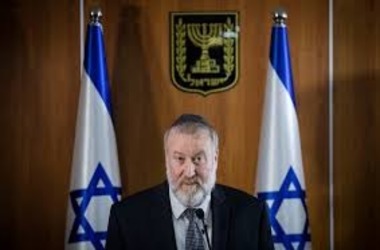 Avichai Mandelblit, Israel’s attorney general, has informed that Israeli banks have no right to refuse services to companies involved in cryptocurrency related business.

Rather than stopping banking facilities for crypto related companies, close scrutiny is necessary to identify cases of possible money laundering or other illegal financial dealings, Mandelblit informed the District Court of Tel Aviv.

Mandelblit’s point of view, published by Israeli media outlet Globes on February 19, is contrary to the stance of the Bank of Israel, the country’s central bank.

Last year, several Israeli banks froze accounts of clients who received money generated from crypto transactions. Such a drastic measure put some of the Israel investors of Bitcoin (BTC) in trouble as they were unable to complete their tax obligations as banks refrained from accepting their cash deposits.

Following this, last August, an investor filed a case on Israeli Bank Hapoalim for roughly $23 million, blaming it of denying to accept cash generated through Bitcoin investments.

Across the globe, similar scenarios are seen. At present, the Internet and Mobile Association of India is battling against the country’s central bank’s limitations against providing banking facilities to cryptocurrency companies.

Mandelblit’s stance was explained in a legal battle involving Mercantile Discount Bank’s denial to endorse a remittance from local crypto exchange BiIT2C. As per Globes, the AG’s stance was drawn up on the basis of suggestions of an inter-ministerial panel led by Erez Kaminitz, deputy attorney general at the Civil Law Department.

The panel includes members from several state agencies and organizations such as the Ministry of Justice, the Israel Money Laundering and Terror Financing Prohibition Authority, Insurance and Savings Authority, Israel Capital Markets and others.

In spite of the position taken by Israeli banks, the government continues to have a close look at blockchain technology. In January, the Israeli Securities Authority issued a data request to determine rules that limit the advancement of blockchain based projects in Israel.