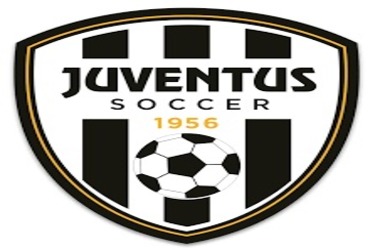 Soccer club Juventus is launching the first ever Fan Token Offering (FTO). In this regard, Juventus is partnering with Socios.com, a blockchain-powered voting and rewards app that utilizes Chiliz ($CHZ) and centered on the sports and entertainment sector.

The main objective of the offering is to support other activities of the Italian football club.

By utilizing the Juventus Fan Tokens ($JUV), diehard fans of the football club will be able to participating in polls on crucial decisions taken by the club, while earning rewards at the same time.

Notably, it is the first time in football history that blockchain is used to tokenize a popular football club. The initiative is also one of the remarkable decisions taken at a time so far in the history of crypto sector.

The argument is based on the fact that Juventus has a follower base of roughly 423 million across the globe, making efforts to promote $JUV.

As per Chiliz & Socios.com Founder and CEO Alexander Dreyfus, the launch of the $JUV token will bring about huge changes in football, blockchain and crypto adoption.

“The tokenization of Juventus is a seminal moment for football, but it’s also a huge step forward into the mainstream for blockchain and cryptocurrency. Through Socios.com, regular football fans are being introduced to cryptocurrencies, as well as a blockchain platform where they can take part in the club’s decision-making process using digital assets.”

Juventus has opened the doors to its fans to participate in the process via Socios.com as the club is on course to choose the official music of the platform. Currently, the song that is played whenever Juventus hits a goal at the Allianz Stadium is Chelsea Dagger by The Fratellis.

Polling has already started and fans can select one of the four options namely Jump Around by House of Pain, All The Small Things by Blink 182, Boom by P.O.D and Song 2 by Blur. The club intends to disclose the winner only next year at the Allianz Stadium, as soon as the club scores its first goal. More voting opportunities for the fans, regarding the club decisions, are expected in the months ahead.

Only fans holding $JUV tokens will be able to participate in the voting process and even though the platform does not stipulate a minimum sum necessary required for voting, each token is anticipated to be priced nearly €2. As the value of token is subject to market volatility, the price is very much dependent on $CHZ, the native crypto of Socios.com. The token is currently trading at about $0.0115 and has turned bullish.

In 2020, Socios.com also intends to start a new Marketplace that will facilitate social interaction and permit fans to talk with each other and also exchange tokens.

By the end of first quarter of 2020, the platform aims to conduct FTOs for six more clubs. While Spain’s Atlético Madrid and France-based Paris Saint-Germain plans to conduct FTO in January, Galatasaray, West Ham United, and A.S. Roma aim to carry out FTO in February 2020.

Shenzhen issued Over 6mln Invoices via Blockchain Platform In One Year