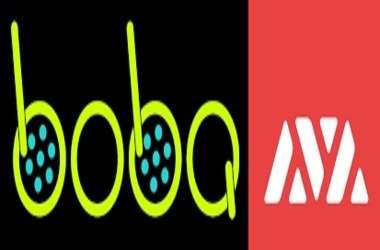 The layer two scaling solution that utilizes optimistic rollup technology, Boba Network, announced on Wednesday that it now supports the proof-of-stake (PoS) network Avalanche. The additional Avalanche support, according to the Boba Network team, will result in “faster transactions and cheaper costs.”

Boba is already linked to the Ethereum (ETH) network, and at the time of writing, l2fees.info reports that Boba’s fee to transfer ether is $0.17, while the anticipated cost to trade tokens is $0.30. According to etherscan.io’s gas monitoring tool, this is less than the current fee of 34 gwei ($0.96) to transmit ether onchain. A high-priority decentralized exchange (dex) swap may cost $8.47 per transaction onchain, therefore Boba’s cost to switch is 96.45% lower at $0.30 per transaction.

“Faster transactions and reduced fees: Boba AVAX L2 is designed for all big transactions, throughput-dependent protocols, and everyone who wants to be a part of the next generation,” Boba said on Wednesday. With this new functionality, the team will join partner decentralized applications (dapps) such as Sushiswap and Evoverses. Boba noted, “While Sushi deploys its Legacy Swap on Boba AVAX L2, Evoverses will join with their 3D PvP gameplay, powered by Unreal Engine 5 and Hybrid Compute, to help the game realize its full potential.”

In recent years, L2 initiatives such as Boba Network have partnered with a multitude of industry titans and blockchain networks. Recently, Opensea announced that the main NFT marketplace has introduced support for Arbitrum, while NFT market rival Rarible disclosed support for Immutable X. Arbitrum, Immutable X, and Boba Network are all L2 projects, with Loopring, Zksync, Optimism, Metis, Polygon Hermez, and Aztec as additional contenders.