Ledger, a company that makes hardware wallets, announced a lot of new things today at its first conference, Ledger Op3n, in Paris. It’s now held twice a year. Ledger’s new crypto debit card was one of them. “We really have to keep a keen eye on spending,” said Iqbal Gandham, Ledger’s vice president of payments.

Baanx, a subsidiary of Contis Financial Services, is the issuer of the Visa card, according to a presentation given by the company. It’s named the Crypto Life card, and it can be used with a lot of different cryptocurrencies. It can be used with Ledger Live, the software that comes with Ledger’s hardware wallets. Ledger has initiated a list of people who want to be on it when it starts.

People who own the card can ask for a 30-day interest-free credit line depending on the amount of crypto they possess. Gandham said the card will exchange to digital currencies at the point of sale. A card holder will be able to get their pay and have it automatically exchanged for crypto in early 2022, he said.

Ledger wants to make it easier for people to transfer NFTs between wallets, so they don’t have to be afraid. VP of product Charles Hamel told the crowd that when people carry out an NFT transaction, they’ll either blind sign it (meaning they won’t see what data is being shared) or they’ll see a big “blob of data,” which isn’t very useful to most people. This is what he said on stage.

People usually can see where they’re sending money when they agree to a crypto transaction. This one isn’t like that. Break down the transfer of funds and show what’s going on in the Ledger app at the time the person signs it. Hamel demonstrated a demo where the app gave information about the transaction, like the recipient’s address and the token that was being sent.

Besides that, Ledger has added Rarible to Ledger Live so that Ledger users can buy and sell NFTs while utilizing the hardware wallet to make transactions. Coinbase’s non-custodial wallet, which is termed Coinbase Wallet and is separate from the main exchange’s wallet, now has support for the Ledger hardware wallet as its first choice for a hardware wallet.

This will be an alternative to Ledger Live, which is a closed environment where only certain applications can be used. It will let users interact with blockchain applications through their web browser and still use their hardware wallet.

Coinbase VP of Product Max Branzburg said that the exchange is adding support for hardware wallets directly into its non-custodial wallet. This is done through a video. He said this will start with the browser version of the company’s wallet, not its app for the phone or tablet.

Also, Ledger Live has added FTX to its in-house trading options, which means more options for trading. This means that Ledger owners can transfer money from their hardware wallet to the exchange through Ledger Live and keep making trades in the app.

This service will cost more because Ledger adds a small fee to trades made this way. Here, you can buy and sell cryptocurrency on the platform. There are other ways to do this, too! In June, the app added its first decentralised finance (DeFi) platform, ParaSwap, which allows users to trade tokens with other decentralized exchanges like Uniswap, Curve, Balancer, and Sushiswap.

This is the fifth thing that Ledger announced. It was a new version of its popular Ledger Nano S model, the S Plus. One big difference is that it’s made for developers. It’s designed so that they can test on the real thing instead of through an emulator. Another difference is that it has more memory space. When new use cases are added to Ledger Live, “you need more space,” says Ledger’s chief experience officer Ian Rogers. It might be unveiled in 2022 or 2023. 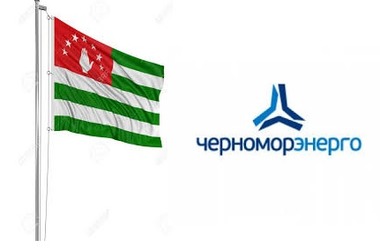