Litecoin (LTC), which is almost a replica of Bitcoin (BTC), crossed the $400 level, hitting an all-time high of $414 on Bitstamp earlier today. Litecoin has surged sharply within a short span of time.

The huge rally has surpassed conventional market gains so far this year, with several professionals now forecasting a target price of $500. The sharp gains for Litecoin have come against the backdrop of a wide uptrend in the crypto market.

Notably, the crypto’s rivals, including XRP, Ether (ETH), Cardano (ADA) and several other altcoins recorded higher profits. Interestingly, Dogecoin (DOGE) has fared better than others with a gain of nearly 17,000% so far this year.

Jason Lau, chief operating officer of OKCoin, a cryptocurrency exchanged headquartered in San Francisco, underlined the formation of an inverse correlation between Litecoin and Dogecoin, pointing that the Doge/USD exchange rates declined by12% at a time when the LTC/USD pair gained 12%.

In the meantime, the Litecoin Dominance Index, a measure reflecting the strength of Litecoin in comparison to others in the crypto market, rose from 0.96% to a high of 1.11% Monday. That additionally mirrors a change in sentiment of market participants towards Litecoin, while other altcoins seem to be in a consolidating phase.

However, Litcoin is now nearing overvaluation and such a scenario precisely caused Dogecoin’s price to plummet by nearly 33% in the earlier sessions. The bearish argument is based on the Relative Strength Index (RSI) indicator that is frequently used to forecast trend reversals in financial markets. The indicator reflects the likelihood of a bearish trend reversal. 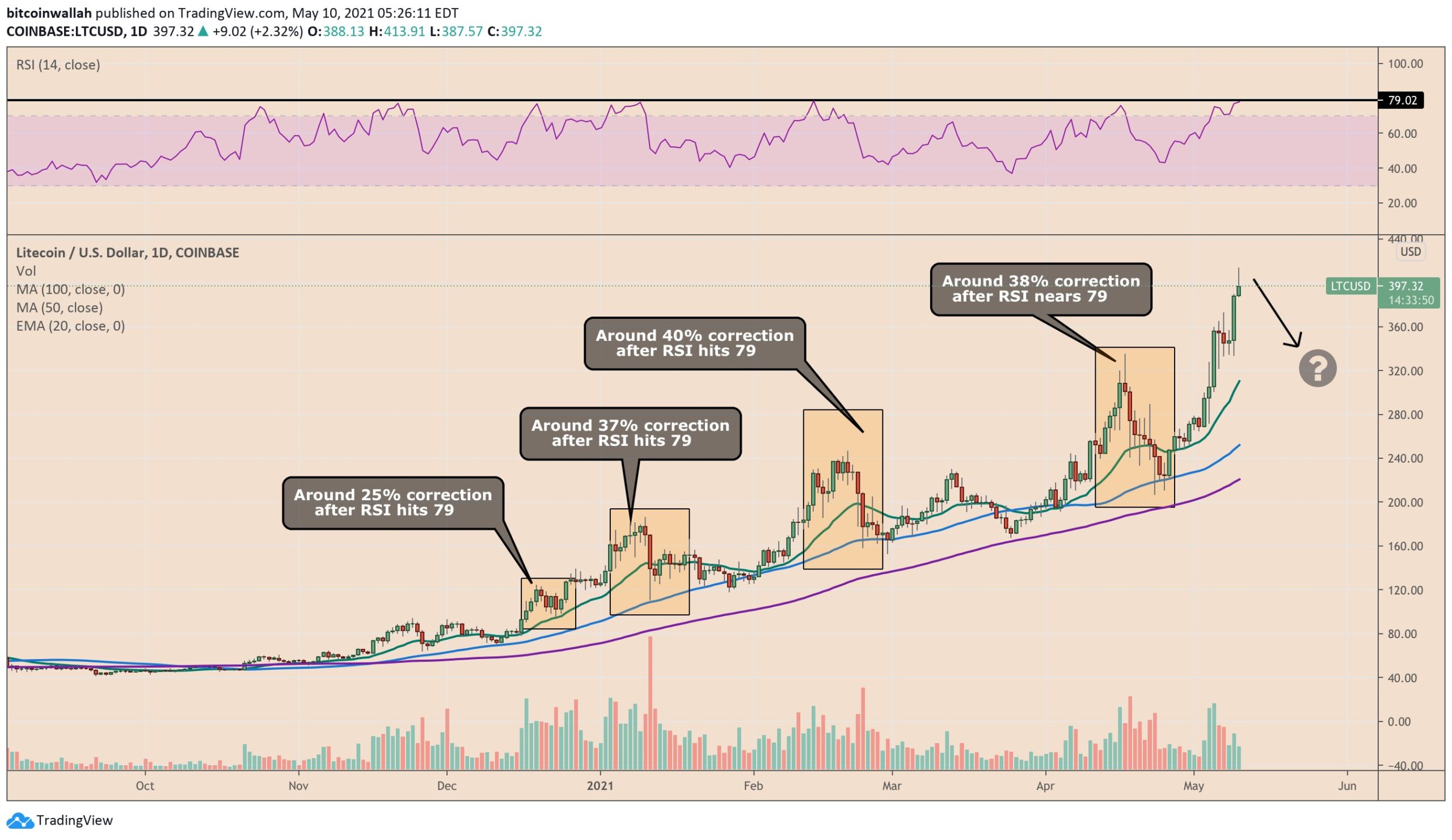 The LTC/USD daily price chart indicates that RSI is currently having a reading of 79.02, implying 9 points into the overbought zone, which has led to steep price corrections in the past.

Usually, an asset rebounds after hitting the 20-day moving average during short-term price corrections. In case, the sell-off extends, then the price usually receives support near 50-day simple moving average, which acts as the main downside target.

Hence, a likely retracement following the latest sharp price uptrend may cause the LTC/USD pair to hit $252-$310 level based on where the 20-day moving average currently is. Fortunately, the fundamentals continue to favor the cryptomarkets as a whole. 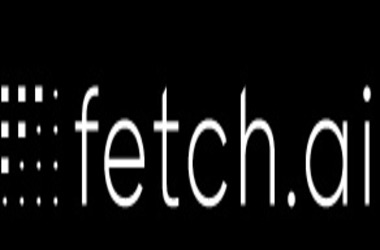