According to a blog post by the promoters of popular Mozilla browser, Firefox Quantum, the recent version of open-source internet browser Firefox has a new privacy toggle that safeguards against cryptojacking. Mozilla had earlier cautioned in its blog post that scripts can be embedded on websites, resulting in the launch of crypto miner on a system without user being aware. Such a practice is referred to as cryptojacking.

To fight such exploitations, Mozilla has joined hands with Disconnect, an online privacy company to build a tool that blocks crypto mining on their browser. When switched on using the toggle facility, the tool supposedly blocks potential cryptojackers from taking control of excess computing power to mine cryptocurrencies.

Earlier, Mozilla announced that it would prevent the aforementioned misuse of by hackers with the launch of overhauled versions of browsers in August 2018. Firefox included cryptojacking safeguard in its Firefox Nightly 68 and Beta 67 versions this April, immediately before the introduction of Quantum.

Firefox Quantum intends to negate the habit of “fingerprinting,” which creates almost a digital fingerprint of a user to track their actions on the internet. At the consumer level, Cryptojacking has almost ceased, as per cybersecurity company MalwareBytes.

“Marked by the popular drive-by mining company CoinHive shutting down operations in early March, consumer cryptomining seems to have gone the way of the dodo. Detections of consumer-focused bitcoin miners have dropped significantly over the last year and even from last quarter, while business-focused miners have increased from the previous quarter, especially in the APAC region.”

As per report, there has been a 40% decline in consumer malware identifications. It seems cryptojackers are busy targeting enterprise networks as commercial malware detections have increased roughly 7% y-o-y in 1Q19. 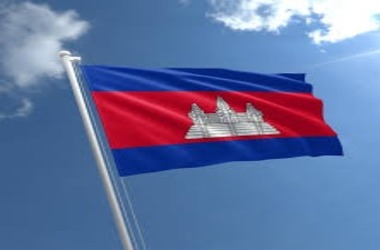