Ethereum blockchain recorded a 25% decline in the average block time after the mining difficulty was trimmed.

Data provided by Etherscan, the Ethereum block explorer, indicates that between January 1 and January 4, the blockchain’s daily average block time fell to 12.96, from 17.16 seconds.

This transforms to a 24.48% decline in block time.

Without doubt, the block time decline has paved way for mining larger number of blocks every day and a boost to Ether (ETH) inflation. 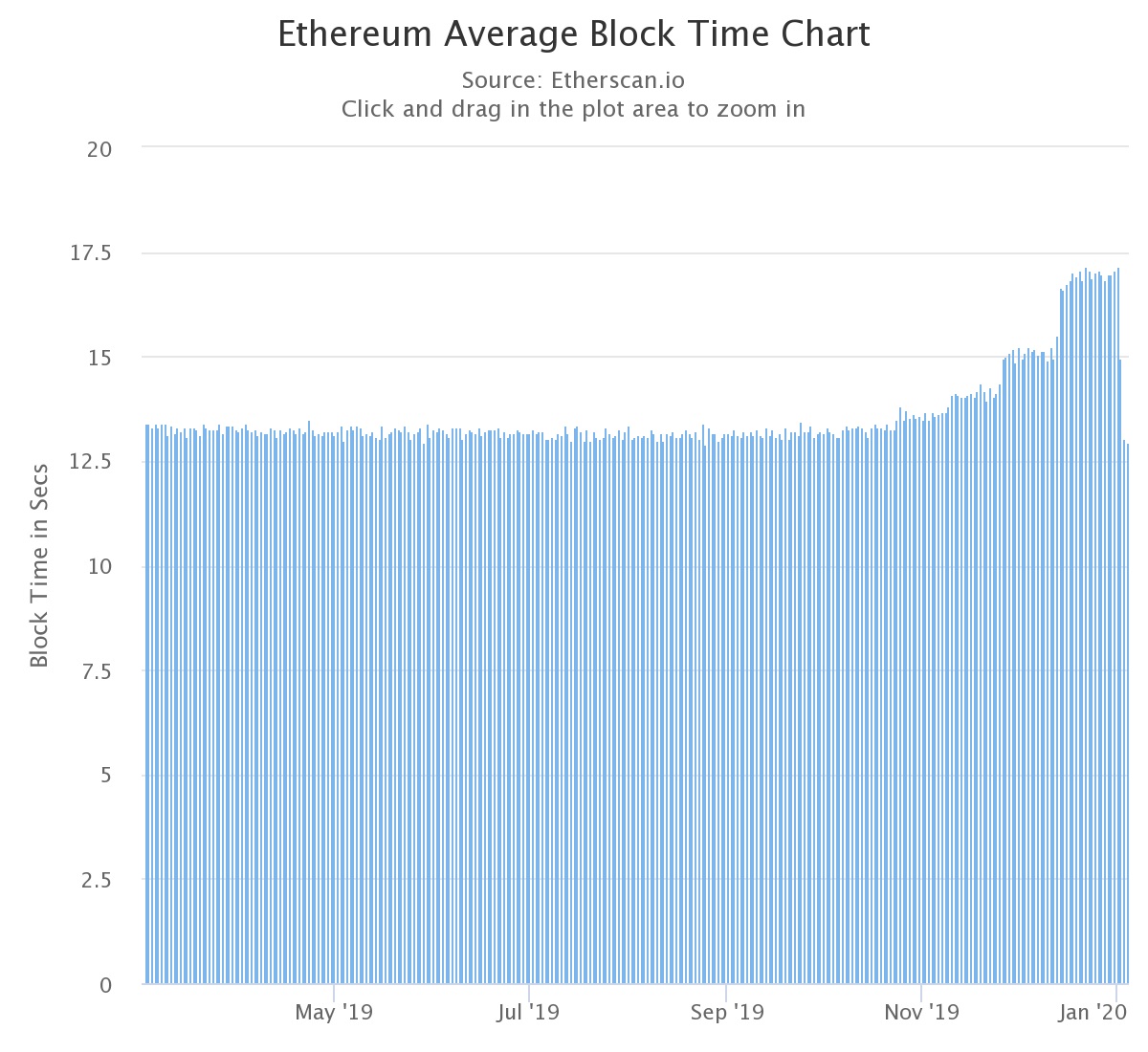 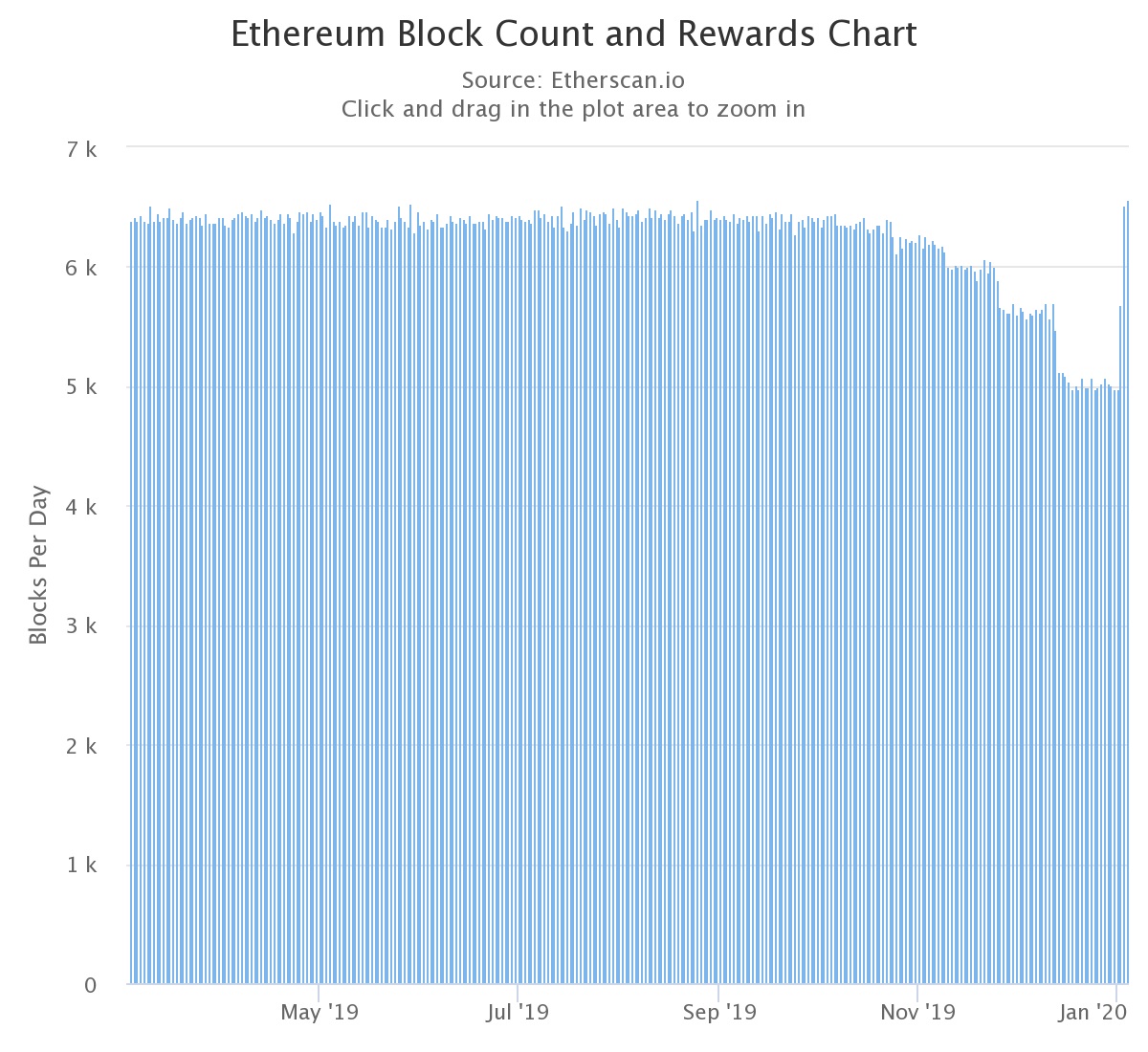 Likewise, on January 4, the network’s miners established 6,570 fresh blocks and 13,437 new ETH. This implies a 32% rise in the number of blocks and more than 31% boost in block rewards.

The aforesaid developments are caused by the latest deployment of the Muir Glacier hard fork. The primary objective of the fork is to postpone the ‘Ethereum ice age,’ a covenant having the ability to increase the mining difficulty of the network in passage of time, until it makes mining barely possible.

The ice age will happen through a chain of complex bombs and is basically a method to stop miners from mining the old Ethereum chain after the deployment of the Ethereum 2 proof-of-stake protocol.