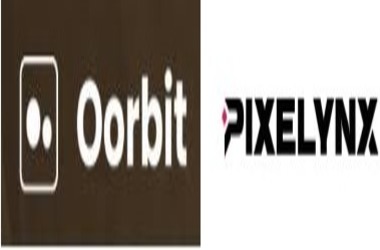 Fans of music and entertainment will soon have access to a cloud-based streaming metaverse thanks to an investment made by Pixelynx and a partnership formed with the interactive cloud platform Oorbit. The two businesses have joined forces to develop high-quality streaming metaverse experiences that can be accessed using a web browser. Oorbit is a company that specializes in providing cloud streaming technology. The company’s primary mission is to make it possible for players to enjoy high-quality games, events, interactive media, marketplaces, and other types of content from top-tier content partners using browsers. Oorbit is presently home to almost 500 different games.

Through this agreement, the parties want to develop new interactive experiences that may be accessible on a variety of linked devices. And in this new universe, businesses such as Oorbit will not be selling online services but rather services related to the metaverse. In an interview with GamesBeat, Oorbit CEO and cofounder Ash Koosha described Oorbit as a novel sort of cloud-based interactive platform including interoperable high-quality games and virtual worlds. Oorbit was created by Oorbit.

Ash Koosha said “What we do is centered on altering and modifying the kinds of models that are now utilized on the web into something that is often referred to as the metaverse. I believe that there is room on the internet for a whole new web. In addition, the technology that we developed is suitable for use in this context currently.”

Up until this point, the organization has relied on its cloud streaming technology to provide a variety of online entertainment, such as games.

Ash Koosha further pointed out “And it seems like the moment has come to run something else on the internet since the internet and computers have both significantly improved in recent years. We consider the metaverse to be the next iteration of the web, a destination for users that is analogous to that of the web; however, the metaverse does not yet have a native infrastructure, native applications, native protocols, or native standards.”

Ash Koosha stated “At Oorbit, one of our primary goals is to find the most successful businesses that possess the most advanced community building abilities and to combine them with our own platform. Pixelynx is working on some of the most interesting and ground-breaking sets of experiences for artists and consumers, and we are very selective about who we collaborate with. We can’t wait to see what they have in store for Oorbit in the future.”

Pixelynx has established business relationships with a vast network of musicians, record labels, companies that own intellectual property, and brands. Along with a number of music and gaming veterans from Activision, EA Sports, and Microsoft, famous music visionaries and technologists Richie Hawtin and Joel Zimmerman, also known as Deadmau5, created the firm. Deadmau5 is the stage name of Richie Hawtin.

Inder Phull, CEO of Pixelynx, said “During our evaluation of the Oorbit platform, we found that we were immediately pleased by their approach to cloud gaming. The team at Oorbit supports our objective of releasing new formats that fans can access anywhere and do not need high-end equipment to do so. Because of this agreement, artists will have access to a new canvas on which they will be able to build experiences of triple-A caliber using the Pixelynx platform and then publish them on the internet using the Oorbit cloud streaming technology.”

Pixelynx also participated in the most recent round of funding for Oorbit, which included investments from a number of other notable investors, such as Mark Cuban, HOF capital, Shima Capital, LD Capital, Visary Capital, Betaworks Ventures, Alex Chung, the CEO of Giphy, and former Square Enix CEO Mike Fischer, amongst others.

Pooya Koosha, CTO and Oorbit cofounder, said “We will be trying different content formats, distribution methods, and scaling mechanisms while maintaining the user experience as the primary focus of our attention. This will be made possible by our relationship with Pixelynx, who has expertise constructing virtual worlds. Our objective is to develop a cloud-native experience format that is flexible enough to meet the needs of all new types of digital artists as well as communities of varying sizes.”

According to Ash Koosha, Oorbit has basically built hosting servers for the metaverse by tapping into graphics processing units (GPUs) in datacenters. This allows the company to provide real-time graphics for games and virtual worlds on a platform that is more cost-effective than other cloud platforms. Additionally, the business developed client-side technologies.

Ash Koosha said “We were able to essentially develop the browser for the metaverse, and when we say browser, we mean that it is almost like a menu to all of the worlds and destinations of the metaverse, but it is also a browser. In addition, the reason we refer to it as a browser is due to the fact that the browsers that are now available, which are web browsers, are not and should not be enough for the metaverse. The metaverse requires its own specialized native browser, one that is capable of running protocols as well as computing and APIs that have been developed specifically for the metaverse.”

During the demonstration, Ash Koosha presented the web browser that was operating on Google Chrome to me. It was hosting a variety of games, each of which had been developed by one of the many developers that Oorbit collaborates with. It has developed its own independent browser specifically for the metaverse.

Ash Koosha said “The company Compute has to change its attention from older models to more recent ones. So this is the current state of affairs. We’re the bridge where it’s finally necessary to find a new use for all that aging computing equipment. In addition, data centers located all over the globe will need to be redesigned to accommodate the metaverse. And a great number of firms will spring up that will accomplish it in a manner comparable to ours. However, I believe that the moment has come to face the issue presented by the fact that there is a shortage of compute and processors.”

A brand-new game company with operations in both London and Los Angeles, Pixelynx was just established. It is creating a music metaverse that will revolutionize the way musicians connect with their audiences and interact with them via the medium of gaming experiences. Later on in 2016, it will launch Elynxir, its first game designed only for mobile devices. Oorbit has said that it is constructing the infrastructure for the metaverse and its ecosystem. This will ensure that the next generation of digital entertainment is available to everyone. People are able to transition fluidly between streaming experiences using their own unique digital identity and without incurring any further expenditures for downloads or additional gear thanks to a proprietary technology that opens the door to endless, high-quality interactive worlds.

Using the cloud platform provided by Oorbit, businesses are able to produce interoperable digital objects that may be used in a variety of gaming or entertainment environments. A piece of clothing made by a fashion company may be included into a game if there are characters in the game who can wear the goods.

Ash Koosha said “You could, for instance, take an asset that was developed by any fashion or apparel firm and implement it into a variety of games or into a location that was designed to resemble a fashion studio in Los Angeles.”

Oorbit itself doesn’t produce content. Instead, it develops hosting solutions in addition to the browser that customers may utilize. Ash Koosha is of the opinion that the economy of the metaverse will be distinct from the economy of the web due to the fact that decentralized technologies will sidestep the large technology corporations that have established tolls for the apps that use the Web2 protocol. Ash Koosha suggested that distribution may take place, for example, via smart TVs, which would then need those televisions to be outfitted with a metaverse browser.
Ash Koosha said “We believe that this will play a significant role in the manner in which we distribute. And in the not too distant future, it will be a native metaverse browser for all televisions. Additionally, we collaborate extensively with network providers in the United States to get the computing closer to the edge on a hardware level. This is accomplished by positioning the Wi-Fi in a location that is very near to the metaverse.”

Additionally, the browser will have the capability to mint non-fungible tokens if it is required to do so.

Ash Koosha said “We are the ones that will be hosting the website and facilitating the user’s browsing experience. Apple and Google are the companies to beat in this market over the long haul. What they have been able to secure, however, is the model for the App Store, which we want to alter. Our method of generating revenue is totally different. And everyone involved stands to gain from it. And certainly, it is not predicated on a monopoly of the hardware market. It is a distinct method for every creator, and it is also different for every customer.” 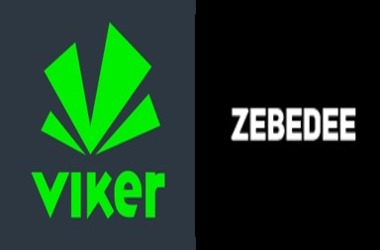