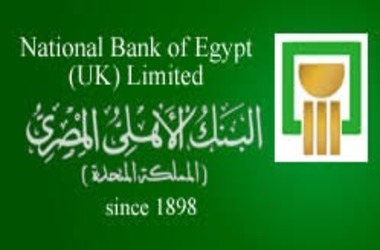 Under the partnership, new pathways for inward remittances will be established. With this collaboration, the National Bank has turned out to be the first to step into blockchain domain.

The international remittance market, pointing to the funds sent by migrants to their beloved ones in home countries, is anticipated to record $597 billion in 2020, as per data published by the World Bank.

With $26.4 billion inward remittance, Egypt stands at the fifth place in the list of countries which received large inward remittances in 2019. The top four places have been taken by India, China, Mexico and the Philippines.

By becoming a member of the RippleNet network, which comprises more than 300 global banks and institutions, the National Bank supposedly trusts to gain access to new markets and to back and increase its remittance business, specifically, in the Gulf region.

National Bank Chair Dalia El-Baz stated that he anticipates RippleNet to flourish at an exponential rate and in turn offer an improvement to the institution’s liquidity administration and Forex earnings.

By gaining access to quicker and more able trans-border payment systems, the National Bank hopes to widen its client base, while guaranteeing users of total compliance with global insurance benchmarks and greater levels of functional network safety on the blockchain.

By becoming a member of RippleNet, the Egyptian bank has joined the list of several correspondent banks and market players in the Arab Gulf states, and also organizations in financial centres such as the US and the UK. At the time of writing this article, XRP, native crypto of Ripple has gained 8.6% in the past 24 hours to trade at $0.2970.

In the overall blockchain powered remittance space, Bitspark, Hong Kong based startup, has stopped its services, pointing to in house restructuring problems. A co-founder of the company has pointed coronavirus outbreak and anti-government protests in Hong Kong as reasons for the termination of service.