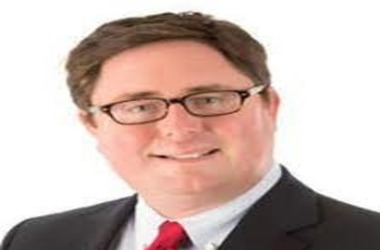 A State Senator of Nebraska has suggested fresh cryptocurrency supporting law that could make the state transform into the future regulatory safe zone for firms focused on blockchain and financial technology.

Republican Mike flood who took oath two weeks back tabled the Transactions in Digital Assets Act and Adopt the Nebraska financial innovation act to the 107th legislation of the state.

Both will prescribe rules for State Banks to offer custodial services for digital assets and also establish institutions solely focused on crypto-assets for which the state would offer “charter, operation, supervision, and regulation.” The initiatives would also empower local courts to accept plea “in both law and equity relating to digital assets.”

The suggested legislation will be put forth before the committee that will make arrangements for voting in the state legislature, where republican legislators have an upper hand over the Democrats on a roughly 2 is to 1 ratio (32-17 precisely).

The suggested bill also intends to resolve the issue of top banks in the US adopting discriminative practices against entities and individuals for dealing in cryptocurrencies.
The second bill reads as follows:

“The rapid innovation of blockchain and digital ledger technology, including the growing use of virtual currency and other digital assets, has resulted in many blockchain innovators and consumers being unable to access secure and reliable banking services, hampering development of blockchain services and products in the marketplace.”

“Many financial institutions in Nebraska and across the United States [refuse] to provide banking services to blockchain innovators and customers and also [refuse] to accept deposits in United States currency obtained from the sale of virtual currency or other digital assets.”

Flood, who earlier served as a speaker and member of the Nebraska Legislature until 2013, stated that he intends to table the bills that will transform his district a centre for Financial Technology.

While having a meeting with the Norfolk Chamber of Commerce’ Governmental Affairs Committee e a week back, the Senator of state highlighted cryptocurrency as a budding industry offering “Great Opportunity” for Nebraska.

“This is the future. To be on the cutting edge of [crypto], I think, is good for us. We need to be a leader in FinTech. We in Norfolk have as much right to this new market as any other place in America.”

The US state laws can sometimes contradict or have no relation to the 10th amendment to the Constitution.

An illustration of this in the cryptocurrency domain is the need for exchanges like Binance US to get clearance in each state so that it can offer its services in a legal manner to all the US residents.

In July last year, the office of the Comptroller of the Currency stated that cryptocurrency-focused custodial services can be offered by federally Chartered banks. Even though the steps suggested by Flood are not required for federally chartered banks in Nebraska, the suggestions seem to be an effort to widen these benefits to banks that are state-chartered.