The winning bid for Yuga Labs’ 101 Bored Ape Yacht Club (BAYC) series was $24.39 million, exceeding calculations. The sale, which took place on September 10th, was sponsored by the renowned auction company Sotheby’s, which had previously predicted that the library would garner $12 million to $18 million.

The non-fungibles package includes 101 Bored Apes as well as three M1 and three M2 “Mutant serum” NFTs. Whenever a Bored Ape token is coupled with an M1 or M2 serum, the bearer is able to create a fresh Mutant Ape NFT that retains the initial Bored Ape’s characteristics but displays it in a mutant style.

Removing serum NFTs out of the picture since they are often airdropped for free to holders, every Bored Ape in the series was worth at about $241,000 or about 69 Ether (ETH) while writing this article.

The amount is much higher than the secondary market price cap for Bored Ape NFTs, according to OpenSea data, which shows a base price of 38.99 ETH, or approximately $135,000.

Delaware-based Yuga Labs debuted the BAYC on April 30,, which has now become a very famous and pursued venture. NBA star Steph Curry jumped in late this month, spending 55 ETH ($191,000) for a Bored Ape NFT. On September 6, metaverse game company The Sandbox purchased a Bored Ape for a historic price of 740 ETH ($2.57 million).

Sandbox’s NFT features a golden ape with laser eyes and a sea captain’s hat. The company announced intentions to transfer BAYC NFTs into its metaverse as interactive avatars in a blog article on September 8. “Inside of our gaming virtual world, the Avatar sets find extra use for their NFT owners.

They will be able to convert 2D collectable picture NFTs into 3D playable avatars that are interactive, can sprint, leap, chat, play games, and engage with their fellow peer Avatars in The Sandbox thanks to NFT interconnectivity,” according to the blog article. 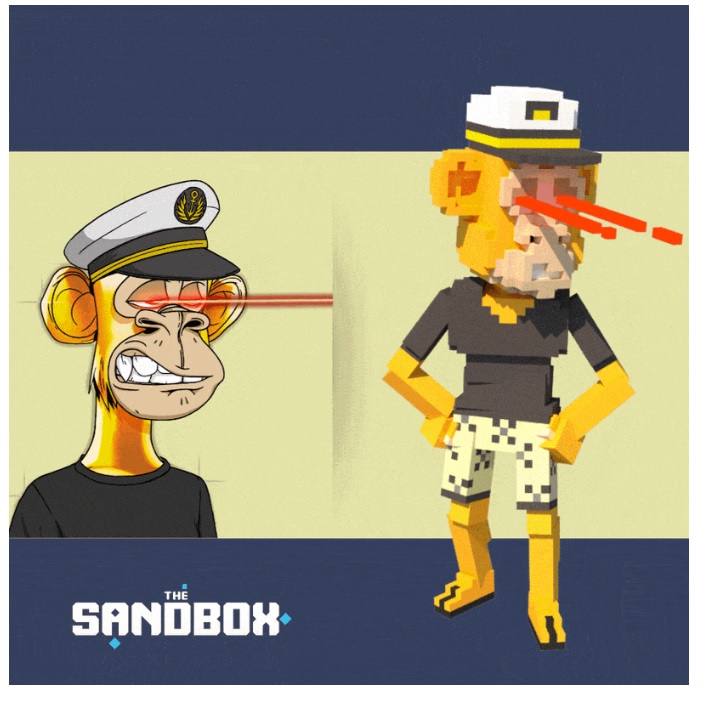 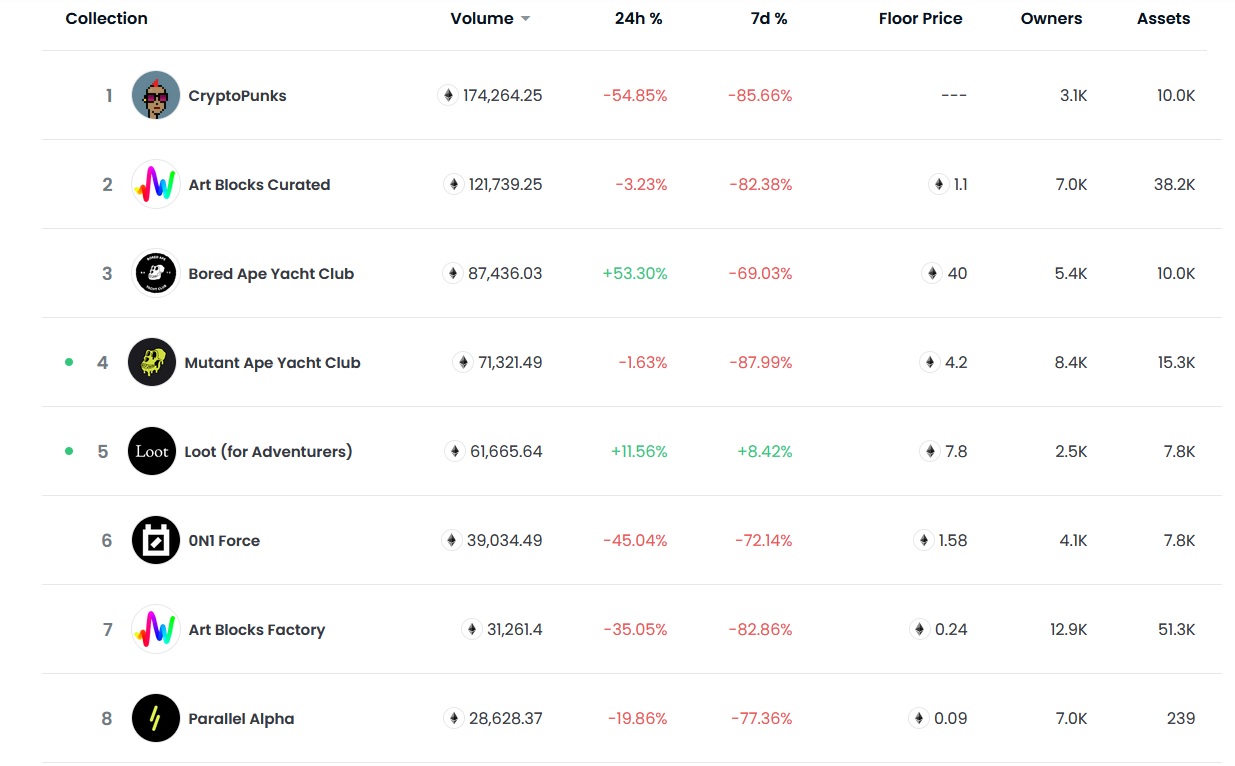 As per OpenSea statistics, NFT sales volume on the resale market simmered down in September, with initiatives such as CryptoPunks, Art Blocks, and BAYC all seeing 85%, 82%, and 69% decreases in seven-day volume, respectively.

I continue to be MASSIVELY impressed by @BoredApeYC #BAYC #MAYC 🧪🧪🧪 pic.twitter.com/tXo3EYdgFv

What an historic moment for the club: the @Sothebys auction of 101 Bored Apes has closed at over $24m. Congratulations and THANK YOU to the whole ape community. To the buyer, I think we speak for everybody when we say: WELCOME TO THE CLUB. ☠️🦍⛵️ pic.twitter.com/NKxHekC0ny

Only one among the top 20 NFT projects has experienced a rise in seven-day transactional volume, with Vine co-founder Dom Hofmann’s Loot (for Adventures) NFTs experiencing an 8.42% rise. Dune Analytics data also indicates that NFT floor rates have been falling recently, falling from 1.02 ETH on August 30 to approximately 0.40 ETH on September 9. This, nevertheless, does not always imply a negative trend for the NFT industry, since the price may be influenced by future initiatives entering the market at lower rates. 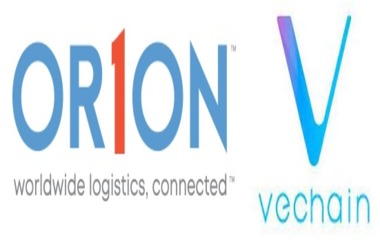 VeChain Platform To be Integrated with SaaS Software of OrionOne