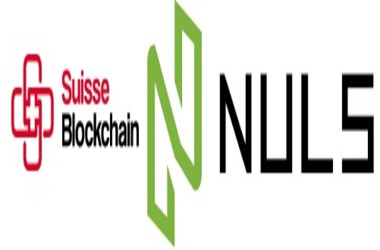 Both are dedicated to a future in which blockchain entrepreneurs are able to expand and promote their ideas for the adoption of blockchain. NULS and Suisse Blockchain have teamed together to build and sustain an IDO and incubator system.

Swiss BlockChain is able to communicate with several blockchains thanks to the NABOX multi-chain wallet. This means that the blockchain business incubator is not limited to just hosting IDOs for applications developed on BNB or ETH. Being able to employ 20 or more blockchains is an industry-unique technological advantage.

Suisse Blockchain is a Chur, Switzerland-based business. Suisse Blockchain, established in 2022, is the initial blockchain business incubator built on the Swiss DLT-Law framework, enabling the initiative to be safe and innovative in terms of laws. The blockchain-savvy team is responsible for the company’s formation, momentum, and eventual growth using one of the most cheap and future-proof blockchain networks.

Blockchain is renowned for its technological and regulatory difficulties, which provide formidable obstacles for blockchain firms. Suisse Blockchain’s goal is to remove these constraints, making it possible for firms to expand without regard to potential difficulties. To put it another way, to let blockchain-based start-ups choose their own destiny.

In order to ensure the continued success of future initiatives, the Suisse Blockchain team collaborates closely with the NULS team. Due to the dynamic nature of blockchain technology, its governing framework is subject to frequent revision. It is essential to manage the present while maintaining an eye on the future. This is handled by Suisse Blockchain’s rigorous code audits, thorough due diligence investigations, and unwavering dedication to regulation. Swiss DLT-Law, a progressive body of law, serves as the basis for Suisse Blockchain.

This partnership allows the development of blockchain concepts and visions not before conceived. Suisse Blockchain will be available to give aid and direction as more blockchain firms emerge with novel principles and theories and a future destined for the Metaverse.

NULS remarked that it is thrilled to collaborate with Suisse Blockchain in shaping the foreseeable and unexpected path of the blockchain industry.