The number of GameFi projects has continued to rise steadily and has reached 1,551 games as of June 2022, crypto exchange Binance has said in its half-yearly research report. That said, the slow growth is evident as the month-over-month growth has tapered to low single-digit rate, clocking at 2.5 per cent in June 2022, the report further said.

The name GameFi combines the terms “game” and “finance”, and it includes both gameplay and financial incentives. Beyond just simple financial rewards, GameFi offers players the chance to own digital assets in the virtual world, along with the option for interoperability by bringing these assets across various virtual worlds.

Binance’s research report said that GameFi has a huge potential that comes from integrating traits of Blockchain technology, gaming, financialisation, and non-fungible tokens (NFTs), which has contributed to significant interest in and growth of GameFi. According to the report, the broad overall negative market sentiment likely contributed to this decline, as market participants took a breather from Blockchain activities, and the number of new game launches slowed down.

Moreover, the report has cited that Ethereum remains the dominant Blockchain with the highest number of GameFi projects built. The market share has also fallen steadily from over 50 per cent in July 2021 to around 35 per cent in June 2022.

According to the author, private investments are good markers of institutional interest and industry health. The report indicated that GameFi maintained a steady deal flow in 2022.
GameFi’s first-half investments topped $4.1 billion. Epic Games contributed $2 billion to the total.

This indicates an increase in growth of 38%, compared with the second half of last year. In the study, it is said that “GameFi remains a significant focus for institutions; Andreessen Horowitz formed a gaming-focused fund with $600 million in May, while Immutable launched a venture fund with $500 million focused on Web3 games in June.”

Additionally, by allowing a new generation of gamers to take part in the Blockchain community, GameFi is redefining the laws of gaming. The estimated market value of GameFi is just $6.2 billion, or less than 4% of the estimated size of the gaming industry, which is estimated to be over $175 billion.

The study claims that traditional gaming businesses “made concrete attempts” to enter the Blockchain gaming market in the first half of 2022.

Square Enix, a company in the gaming industry, sold significant intellectual property in May 2022 to earn $300 million for its blockchain initiatives. The video game developer Epic Games raised $2 billion in April 2022 to fund its Metaverse projects. To differing degrees, other businesses including Tencent, Electronic Arts (frequently referred as EA), and Ubisoft have also entered the Blockchain gaming sector.

This “indicates an enhanced competitiveness for present Blockchain gaming enterprises; it is a wonderful indicator for the industry in terms of driving innovation,” according to study results provided by Binance. 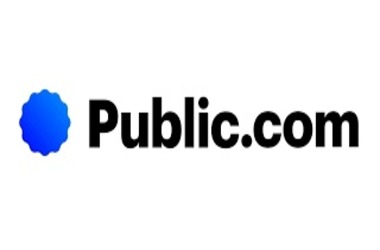