PayPal, the US-headquartered payment processor, is boosting up its research and development (R&D) efforts in the cryptocurrency industry. The San Jose, California-based corporation has established a six-member advisory group to gain insight into cryptocurrency and blockchain technology.

The online payment processing corporation has been beginning crypto-supporting initiatives in certain ways recently, and is expected to investigate further into the industry in the days ahead.

Neha Narula, of Indian descent, has been appointed to PayPal’s cryptocurrency advisory committee. Narula formerly served as the Director of the MIT Media Labs’ program on digital money. She was formerly in command of a program to assist the Federal Reserve Bank of Boston in developing consumer-scale digital money.

“To assist not just our ongoing and prospective product lines in the domain, but also our wider objective of laying the groundwork for a far more budget – friendly, productive, and comprehensive online financial system, we’ve formed a inter-disciplinary oversight committee on Blockchain, Crypto, and Digital Currencies (BCDC),” the firm founded in 1998 mentioned in a media release.

Peter Briger, co-CEO of Fortress Investment Group, and Chris Brummer, professor of law at Georgetown University, have also been appointed to the committee, as have Shafi Goldwasser of the Weizmann Institute of Science, Timothy Massad, former chairman of the Commodity Futures Trading Commission, and Antoinette Schoar, finance professor at MIT Sloan School of Management.

The news comes amid reports that PayPal is developing its native stablecoin, dubbed PayPal Coin. For some time now, the financial company has been taking several initiatives in the cryptocurrency space. PayPal announced a fresh facility in October 2020 that enabled millions of its customers in the United States to purchase, store, and trade crypto. A year later, in September 2021, in the UK, the business enabled bitcoin trading on its platform.

PayPal feels that “it is critical to connect with the world’s greatest executives to have a deeper understanding of the sector’s most intriguing prospects and complicated issues” as it expands its cryptocurrency offerings. 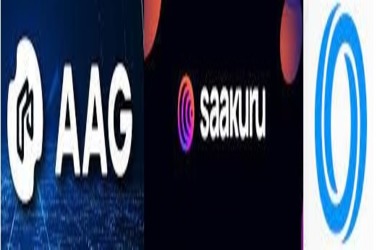