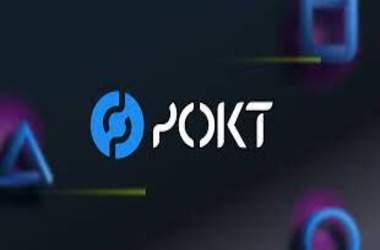 Pocket Network, a Web3 RPC framework middleware protocol that offers ample blockchain bandwidth to Web3 applications throughout 37 blockchains including Ethereum, Polygon, Solana, Fuse, and Harmony, has reached a point where its network has twice the number of nodes as Bitcoin following its mainnet rollout a little more than 18 months ago.

Pocket Network, a blockchain data environment for Web3 apps, is a platform designed for apps that organize and distribute massive amounts of information using cost-effective economics. It facilitates a frictionless and safe exchange of data between blockchains and apps.

Although Bitcoin has grown by 50% in the past year i.e. from 10,000 to 15,000 nodes, Pocket Network has grown by 3000%, from 1000 to 30,000 nodes. Additionally, Pocket nodes may provide infrastructure facilities to more than three dozen other blockchains, notably Ethereum, Solana, Avalanche, and Harmony.

“While we can all credit Satoshi for igniting the cryptocurrency boom, Bitcoin’s full node problem stems from the whitepaper’s insufficient incentives,” stated Michael O’Rourke, Founder and CEO of Pocket Network. “While there will still be selfless players, the majority will work in their own self-interest.

Pocket Network’s reward models demonstrate the simple yet powerful reality of aim and incentive alignment “With Pocket Network’s objective of assisting 100+ blockchains by this year end, node tally is expected to continue growing to serve the increasing number of relays that require service from Pocket Network’s decentralized communication infrastructure.

Users and coders no longer have to choose between speed and safety, effectiveness and decentralization, uptime and responsiveness, irrespective of the blockchain.