EY and Polygon have revised the public domain source code for Nightfall to allow the creation of business offerings with an emphasis on privacy. Nightfall is an ambitious zero-knowledge roll-up that facilitates private Ethereum blockchain activities. Leveraging Nightfall, businesses may execute private dealings on the Ethereum mainnet without affecting the blockchain’s openness, data unalterability, or security.

In 2019, EY initially distributed Nightfall to the public realm as a collection of conventions to allow private Ethereum blockchain activities. In September 2021, EY and Polygon collaborated to develop a beta variant of Nightfall that may minimize congestion problems and high fees for transactions caused by rising Ethereum use and acceptance.

Both EY OpsChain and EY Blockchain Analyzer utilize Nightfall, and both are offered via Blockchain.ey.com, the SaaS platform of EY Blockchain. This edition of Nightfall brings two significant improvements over its predecessors: First, in order to avoid control by an organization or group, the code might be completely decentralized. To prohibit anonymous usage while maintaining an open and permissionless network paradigm, users must possess an enterprise-class X.509 identity certificate in order to deposit or withdraw funds.

Nightfall will stay in the public domain to encourage the implementation of privacy-centered enterprise applications by businesses wishing to join Ethereum and trade on the network.
Paul Brody, international blockchain leader at EY, stated, “This upgrade signifies Nightfall’s preparedness to facilitate the creation of corporate applications. With almost six months of testnet activities, we believe this to be a “production beta” that is ready to support client distribution network and commercial activities.”

Antoni Martin, the co-founder of Polygon responsible for Nightfall, stated, “The decision to upgrade Nightfall in the public realm is a huge step in growing the Ethereum environment and will enable new corporate usage scenarios in Web3.” 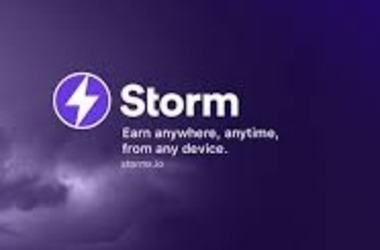