As per a tweet from Polygon, the company wants to build a testnet for a novel blockchain dubbed Avail. The blockchain is aimed at scalability, and its testnet is set to launch in 2Q22. Polygon’s current scaling platform will be supplemented by Avail. These include Edge, Miden, Zero, Hermez, and Nightfall, as well as its primary proof-of-stake (PoS) blockchain, which is considered as a sidechain to Ethereum.

Avail will operate as a separate network inside the Polygon umbrella, hosting and verifying off-chain information for blockchains that have merged with it. While decentralized apps use a variety of databases, blockchains don’t retain information on their own since it’s too costly.

The information is often stored on third-party servers, and simply checking it on a regular basis might be prohibitively expensive. With that issue in mind, Avail will work to increase the scalability of blockchains both inside and beyond the Polygon network, as well as satisfy their data requirements.

Polygon co-founder Anurag Arjun said “With respect to validity, with the exception of monolithic chains, the Avail chain focuses on arranging trades and retaining them accessible, rather than validating them.” Monolithic relates to the notion of a blockchain that can run by itself.

Avail will act as a “data availability stack” for Ethereum’s Layer-2 systems — Optimism and Validium — and many other Polygon zero-knowledge scaling systems to assist meet their information needs, according to the team. The exact specifics on the manner in which Avail will collaborate with those platforms will be revealed later, according to the team.

Arjun said “The data availability solution has various applications, but one that we are extremely keen in is enabling Ethereum rollups to scale in a better manner by freeing up transaction information to Avail.” Layer-2 solutions are built using rollups, a technique.

Polygon Avail’s team claims that it would operate in a different manner from other prominent blockchain networks. It will employ “transaction ordering” on the basis of on a pair of cryptographic algorithms dubbed GRANDPA and BABE for information validation and agreement, instead of producing and preserving a document of all information inside blocks, like Ethereum, Avalanche, Cosmos, and the key Polygon blockchain do. 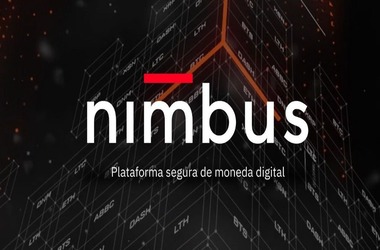