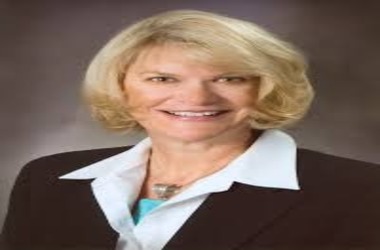 Cynthia Lummis, ex-Republican congresswoman and Bitcoin investor, has triumphed in the US Senate against the Democratic challenger Merav Ben-David.

As per media release by Fortune, Lummis is an early investor in Bitcoin (BTC), with the initial purchase of the crypto made in 2013, after receiving suggestion from her son-in-law Will Cole who was employed as the Chief Product Officer at Unchained Capital – a blockchain financial services firm – since December 2019.

“Cynthia believes in the philosophy behind Bitcoin, not just that it is a new asset class.” After some time, she tweeted that Lummis intends to fight for Bitcoin “against federal encroachment.”

Lummis, who trounced Ben-David with 73.1% of the aggregate vote casted, will perform the role of legislator in a state that has a reputation of being friendly to crypto related entities.

SENATOR LUMMIS…YESSS!!!? She is likely to be one of the most powerful US senators, given how divided the new senate appears to be. She LOVES what #Wyoming did in #crypto—publicly said tonight that she wants to defend it against federal encroachment. ?Congrats Sen Lummis!? pic.twitter.com/FVI7sBcB2t

It can be remembered that San Francisco head-quartered Kraken turned out to be the first cryptocurrency exchange to be awarded a license to function as a bank in the US via Wyoming’s State Banking Board. A week before, Avanti disclosed that it had received unanimous endorsement for the opening of a crypto related bank under the brand name Avanti Bank & Trust.

The University of Wyoming has stated that it would establish a Center for Blockchain and Digital Innovation to offer additional opportunities for the students of the university to study about cryptos and their underlying blockchain technology.

The Republican senator is one of the few representatives to hold cryptocurrency. Notably, Florida representative Darren Soto does accept donations in the form of crypto. Back in October, the Chamber of Digital Commerce’s Political Action Committee rolled out an initiative to donate $50 worth BTC to election campaigns for all the congress members with an aim to create awareness about cryptos.

Between 2009 and 2017, Lummis served as the representative of the state of Wyoming. With this victory, she will replace Republican senator Mike Enzi.