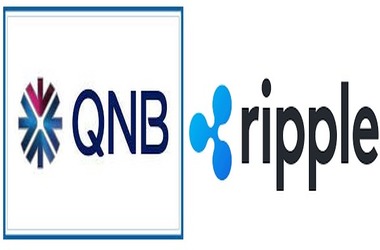 QNB (Qatar National Bank) and Ripple have joined together to boost remittances to Turkey as Ripple expands its global network of financial partners. A remittance service created in partnership with Ripple, the premier supplier of business blockchain solutions, was launched by QNB on October 4th.

The rollout is a portion of QNB’s trans-border payment strategy. According to the contract, QNB Finanbank in Turkey will test RippleNet first as portion of a group launch with QNB. Further expansion into additional key remittance channels is planned for QNB after the first test of financial network technology.

In 2020, Turkey will obtain remittances of $1 billion. As a result, Qatar and Turkey reached a deal to address the issue of remittances. Qatar will go on to other nations in RippleNet after dealing with the remittance problem with Turkey. With the latest Ripple collaboration, QNB aims to improve international payments.

In addition, RippleNet will assist QNB in the sequential expansion of its remittance facilities across several nations. According to QNB’s general manager of group retail banking, Heba Al Tamimi, the bank “always innovates to give the best service to its clients and this collaboration is yet another Fintech effort of the bank to improve the product portfolio for our clients.”

Mr. Navin Gupta, Ripple’s managing director for South Asia and the Middle East, highlighted his enthusiasm for the strategic partnership with QNB.

“We are thrilled to be a key associate with Qatar National Bank (QNB), bringing together advances in banking and Fintech to improve the trans-border payment system, and eventually expand QNB’s remittance business on RippleNet into new countries,” he said.

The use of Ripple’s services has increased as QNB expands its remittance business to additional nations. A rise in adoption is being seen in spite of the current legal battle between Ripple and the US Securities and Exchange Commission in the United States (SEC). The future of XRP is still up in the air in the United States.

The XRP community has been given the status of “amicus curiae”  by the court in the SEC lawsuit against the SEC. The help of XRP holders, as per Judge Torres, will be beneficial during hearings.

OpenSea Decides to Enforce Creator Fees on All NFT Collections

Ethereum Classic Surges 77% in a Week as ETH Upgrade Nears