In the last several months, non-fungible token (NFT) skeptics have already been having a big day. It is difficult to determine how many times publications have headlined with “NFTs are dead!” In spite of the market’s despondency and gloomy mood, Reddit has become the largest NFT network by customer base in only three months, as 2.5 million active users have established wallets to purchase its NFT images.

Reddit’s NFT adventure could not have begun with more excitement. On October 31, less than three months after its introduction, the top social media news aggregation platform’s NFTs (digital collectable avatars) reached a total revenue of $10 million.

The substantial increase in sales volume follows the 20th of October debut of the platform’s second collection of Reddit collectable avatars. Reddit debuted its Polygon-powered NFT platform and vault wallet in July, enabling users to exchange and preserve NFTs avatars (a series of digital avatars made by individual artists based on the Reddit mascot Snoo).

An NFT is a cryptographic record that demonstrates possession of a JPEG, a music piece, a video snippet, a piece of artwork, a digital collectable, or goods. Reddit collectable avatar owners may employ the images as profile images both on and off the network.

Reddit NFT avatars were initially made available to users of the invite-only subreddit r/CollectibleAvatars. Reddit offered 86,000 NFTs valued between $10 and $100 in the initial wave, letting users to pay in cryptocurrency or fiat using debit or credit cards.

The trading volume on the Reddit NFT platform increased by 168% to $5.9 million past week, as per CryptoSlam statistics. The quick increase in Reddit NFT sales appears to have also increased NFT traffic on the Polygon blockchain, with the Layer 2 scaling protocol increasing Polygon NFT activities on OpenSea to $14.59 million in October.

On-chain information gathered from a dashboard on Dune Analytics suggests that OpenSea Polygon Volume had a significant increase past week, with the 24th of October setting a new daily record of $3.8 million.

Pali Bhat, the chief product officer of Reddit, stated past week that site users have generated more than 3 million Polygon wallets, of which more than 2.5 million were used to purchase NFTs images. This is already greater than the 1,827 million enrolled users on OpenSea. As per the Polygon Analytics Dune dashboard, the network currently has a staggering 2.87 million Reddit NFT holders, of whom just 3.79% are whales.

Reddit has 52 million active users every day. Reddit is uniquely qualified to integrate a significant portion of its customer base into the realm of non-fungible tokens (NFTs) since the network allows users to purchase collectable avatars utilizing debit and credit cards.

Monday saw the release of 5,000 new Reddit Collectibles into the metaverse to commemorate the successful launch of the company’s NFT initiative. In honor of the renowned Reddit mascot, the CryptoSnoos NFTs are divided into three categories (Legendary, Epic, and Rare) based on their rarity. Legendary is a unique NFT that is the rarest of everything. 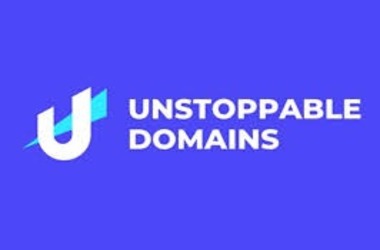