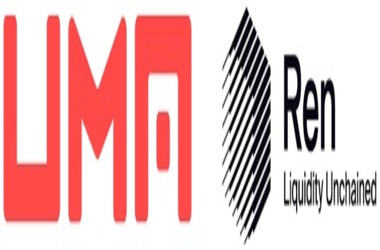 Ren, a trustless cross-chain bridge, and UMA, a permissionless synthetic asset platform, have joined together to roll out a Bitcoin pegged yield dollar named uUSD, in addition to a joint liquidity mining reward plan.

The collaboration will give rise to a product that permits investors to capitalize on Bitcoin permissionlessly on the Ethereum blockchain.

It can be noted that the uUSD is second yield dollar product of UMA following an Ethereum pegged yield dollar named yUSD, rolled out in July 2020. The approach has turned out to be a big hit with more than 10 million yUSD minted in the last two months.

A yield dollar is comparable to a stablecoin, but with a few notable dissimilarities. Similar to futures contract, yield dollar has an expiry date and its value will reach $1 at the time of expiry. UMA explains that it mirrors a “fixed-rate, fixed-term loan” as yield dollars, as soon it is minted, carry a value less than $1.

Users will buy renBTC, a tokenized Bitcoin pitted against wBTC, and use it as collateral with UMA to create uUSD tokens. These yield dollars can be utilized to purchase additional renBTC or invest in other DeFi covenants.

In partnership with @UMAprotocol, we are introducing a BTC backed Yield Dollar, along with a joint liquidity mining reward program.https://t.co/99kEVqP9bC

Along with the new yield dollar, a combo of Ren and UMA liquidity farming incentive is awarded to encourage collateral deposits. It will pave way for investors to gain UMA and Ren tokens for offering liquidity to the Balancer pool for uUSD, which can be twinned with stablecoin USDC. The renBTC yield dollar is characterized by a 125% collateralization ration and matures on October 1.

To motivate yield farmers, the pool will get 10,000 UMA and 25,000 REN tokens every week, along with BAL tokens according to the covenant’s calculations. The yearly percentage rate is not pre-determined and will rely on the quantum of liquidity offered during the whole seven day time span.

The product offering is perceived as positive for the fast growing wrapped Bitcoin market which permits yield farmers to render their BTC holdings to capitalize on ERC-20 based covenants. During the past three months, the quantum of Bitcoin tokenized on the Ethereum network has jumped 1350% to 78,000 BTC, as per btconethereum.com. Among that, 25% or 18,732 represent renBTC.