Two years back, researchers from the University of Zambia (UNZA) suggested a clearing and settlement framework powered by a distributed ledger system that would enable interoperability across mobile money payment systems. The studies suggest that a payment framework powered by a central registry is inappropriate for the manner in which individuals utilize mobile money and presents major impediments to interoperability across networks. As a solution to this issue, they argued for using blockchain technology to facilitate mobile money trades.

MFS Africa, which has built an unified interoperable transfer network that links more than 400 million mobile wallets throughout the African continent, now seems to be attempting to close this gap. In an attempt to “bring the advantages of cryptcurrency-powered remittances across the continent,” the US-based crypto-behemoth Ripple said earlier in November that it will provide its blockchain-powered liquidity service to the pan-African FinTech.

In reality, Ripple’s On-Demand Liquidity (ODL) platform, which has already been utilized by banks and FinTechs in Europe and the Middle East to drive trans-border payments, has a great deal of potential for Africa’s advanced markets, where low currency liquidity can pose obstacles to effective cross-border trades.

Moreover, in light of MFS Africa’s extensive presence on the continent, the most recent implementation of the RippleNet payment framework represents a significant step in the path of blockchain technology’s rapid incorporation into the worldwide financial system. MFS Africa’s CEO, Dare Okoudjou, implied in his remarks on the latest Ripple collaboration that the business intends to expand its use of blockchain technology.

“The Ripple-MFS Africa cooperation is a strong, significant, and audacious initial leap for our cryptocurrency plan to harness blockchain technology to increase our influence on consumers and companies on the African continent,” he stated in a news statement from Ripple.

It provides the chance for mobile money service players on the region to adopt blockchain-powered payment platforms in a comparable manner as banks as well as other FinTechs, with MFS Africa having an important role in integrating these suppliers.

Consequently, the company’s continued crypto participation may incorporate more blockchain technologies. Although the specific nature of the contributions made by various blockchains to the mobile money environment has yet to be identified, platforms based on several chains have been offered. The UNZA experts, for instance, built their model on HyperLedger Fabric, a token-neutral architecture that supports IBM’s blockchain solution and is backed by a variety of big institutions.

In the meantime, academics in the United Kingdom and France have proposed Ethereum-based alternatives. Similar to how the world’s banks today engage with Ripple, HyperLedger, and Ethereum, an intertwining cross-chain architecture may develop if mobile money players in Africa adopt blockchain technology.

Nevertheless, the benefits of blockchain technology for the mobile money environment are identical to those that have propelled the technology to the vanguard of financial innovation.
In reality, with several diverse stakeholders engaging with complicated interlinked payment solutions, unchangeable and mutually provable ledgers may aid in establishing the trust and openness necessary for enhancing mobile money interoperability. 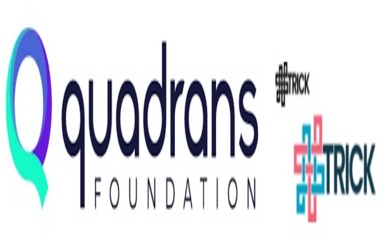