The chairman of Russia’s State Duma Committee on Financial Markets has revealed the organization is looking at the option of launching a state-backed crypto pegged to the Russian ruble. The news was reported by Russian radio news station Govorit Moskva.

While talking at a press conference on the rise of the household debt load, Chairman Anatoly Aksakov uttered his conviction that the government will support a cryptocurrency, “but it will be a ruble-pegged cryptocurrency.” The representative clarified that the suggested coin will symbolize a blockchain-powered stablecoin pegged 1:1 to the ruble.

Aksakov additionally elaborated the model of building the stable coin and noted that the crypto currency will be secured by a bank deposit of a certain amount. A banking institution will subsequently distribute a matching amount of crypto assets using blockchain technology, while keeping up a ratio of 1:1. Per the Moscow news magazine Mskagency, the chairman categorically stated that the crypto currency will be issued by the central bank because it is hedged by fiat currency.

To conclude, Aksakov remarked that the implementation of blockchain technology in terms of issuance “crypto-money” is “promising.”

In late October, Aksakov claimed that main cryptocurrencies such as Bitcoin (BTC) and Ethereum (ETH) are fated to a “bleak future” since they are not supported by anything, adding that this was a rationale for the latest revision to the Russian draft law “On Digital Financial Assets” erasing the description of crypto mining from its purview.

The thought of introducing a Russian state-issued cryptocurrency, named the CryptoRuble, was informed in early 2018, with the Russian Association of Cryptocurrency and Blockchain (RACIB) asserting that the coin will be introduced in the middle of 2019. However, of late, presidential adviser Sergey Glazyev stated that there is so far no development on the matter, while explaining that the prevailing programming tools could permit for a “very fast” development and distribution of cryptocurrency. 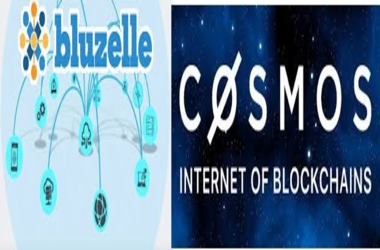