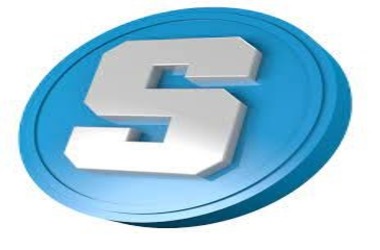 Sandbox, the creators of the SAND token and a blockchain-based virtual world that enables users to make, construct, purchase, and offer digital assets in the form of a game, is opening up portion of its metaverse to players for the first time after four years of development, via a multi-week, play-to-earn (P2E) Alpha event named The Sandbox Alpha.

The Sandbox Alpha will begin on November 29th, 2021 and will go until December 20th, 2021. For the first time, players will be able to explore the Sandbox Metaverse “via 18 experiences produced by the Sandbox’s teams.” To do so, players will require a ‘Alpha Pass,’ which, according to the statement, is an NFT ticket that will enable players to fully explore the event’s 18 activities and earn up to 1,000 SAND tokens and three special NFT gifts.

The virtual game environment of Sandbox allows players to monetize their time spent in the Metaverse via a play-to-earn paradigm. Within the game, players may buy land and build NFTs, as well as earn the SAND token by performing different objectives. They have the option of staking the token as well.

According to the press release, gamers who do not have an Alpha Pass will still be able to enter the metaverse. “Players without an Alpha Pass will still be able to enjoy three complete experiences and the Alpha HUB, a central multiplayer experience displaying a variety of places and objectives, not to mention the opportunity to engage with other players from our wonderful community,” it said. They will, however, be unable to earn Play-to-Earn prizes. The Alpha Pass gives 5000 participants complete access to the event.

One thousand prizes are up for grabs in a raffle for Sandbox Landowners, and 2,250 more will be distributed to Sandbox account holders via daily social competitions over the course of three weeks. They will also be available for purchase on OpenSea’s secondary market between November 29 and December 19. The floor price for Sandbox NFTs, according to OpenSea statistics, is roughly 1.019 Ether ($4,217.64).

Sandbox just concluded a $93 million Series B fundraising round spearheaded by SoftBank Vision Fund 2. The project has been under development for four years, according to the company, and it will deploy its Metaverse in “phased phases” in the future.

According to the platform, the funds obtained will be used to scale The Sandbox by producing new games and live experiences, as well as exploring further collaborations with well-known companies and intellectual properties.

With Bitcoin selling below $60,000, bringing the rest of the altcoin market down with it, the SAND token stays positive, up 32.32 percent to $3.18 at the time of writing.