The total cryptocurrency market has seen a rough beginning to the week. And, as with so many other recent price fluctuations, Elon Musk played a significant role.

Bitcoin is barely clinging to the $45,000 support level, having lost 10% in the previous 24 hours. Others, such as Binance Coin, Polkadot, and Chainlink, have suffered more significant losses. There is one coin, though, that has bucked the pattern: Solana.

Solana seems to be the only cryptocurrency in the list of top 25 tokens that has gained value in the last 24 hours. At time of writing, the cryptocurrency was trading at $47.35, up 3.40%. During the same period, it has also gained 15.70% on Bitcoin and Ethereum.

Investor interest has risen dramatically in the last day, with trading volume rising by 220 % to $2.5 billion. Solana currently has a market capitalization of $13.3 billion, earning it the credit of being the 16th most valuable digital currency.

Another very remarkable aspect of the rebound is that Solana managed to hit its all-time peak price of $52.50. In 2021, Solana was one of the best-performing cryptos, which is a remarkable achievement considering how quickly other ventures have risen. It has earned over 3,000% year through date, having begun the year at just $1.5. Solana has had an amazing streak for a venture that only released its mainnet beta in March 2020.

Solana, on its webpage, calls itself as “a fast, secure, and censorship resistant blockchain providing the open infrastructure required for global adoption.” It, like several other next generation blockchains, has found the solution to achieve both speed and reliability, a requirement which Ethereum is also working on. It has claimed to have the ability to process 50,000 transactions per second.

One of the reasons it has reached this large processing speed is by an unique consensus process known as “proof of history.” This method operates by timestamping evey activity and preventing miners from determining the order in which activities are registered on the blockchain.

Solana’s author, Anatoly Yakovenko, argues that proof of history enables for better protection and censorship defiance. It also enables the network to be much quicker than its competitors.

While interacting with TechCrunch, Yakovenko noted, “Basically, the speed of light is how fast we can make this network go.”

Even as some have already dubbed it the Ethereum killer, Yakovenko has greater goals in mind. He intends to upend Wall Street as well as the conventional financial and capital markets in general.
He further revealed his intention to create “an open, fair, censorship-resistant global marketplace that’s better than anything inside of the New York Stock Exchange or any other means of settling trades.”

“Everything that we do to make this thing faster and faster results in this better censorship resistance and therefore better markets. And price discovery is what I imagine is the killer use case for decentralized public networks. Can we be the world’s price discovery engine? That’s an interesting question to ask.” 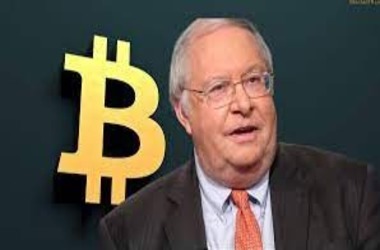