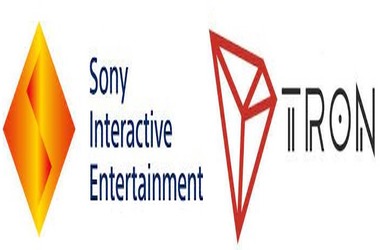 Sony Interactive Entertainment and TRON, one of the world’s biggest blockchain protocols, have announced collaboration today. For in-game buys and trading of in-game goods, Tron will offer the gaming business with its blockchain and capabilities on top of the Tron network.

From the commencement of its blockchain experiments in 2016, Sony has been at the forefront of developing a blockchain-based system for managing digital rights. In 2018, Sony began additional development of this system.

Data destruction and falsification are difficult with blockchain, and the technology has been well-adapted to the management of data and rights. There’s little doubt that blockchain gaming and other business models that reward players for playing may have a significant impact on the gaming industry.

Scalability issues and high transaction fees are the most difficult things to overcome when creating blockchain-based gaming businesses. Because of this, Sony chose to begin experimenting with the Tron blockchain in hopes of improving the user experience.

“When creating a game, the gaming experience is at the heart of everything we do,” says SIE President and CEO Jim Ryan. “This is why we want to make all value-related transactions as simple and low-cost to participate in, while maintaining the advantages of blockchain. In order to continue game development, we teamed up with the Tron Foundation.”

In order to take on the current media business, entrepreneur Justin Sun created Tron. On top of Ethereum’s transactions per second and in Solidity, the Tron blockchain provides developers low-cost, rapid transactions thanks to its delegated Proof-of-Stake mechanism.

Tron, with a goal to make content sharing more affordable, has been investing significantly in its gaming division this year, thanks to the March 2021 introduction of the NFT token standard TRC-721. The ability to play games on the blockchain has a significant effect on the ownership of in-game goods, notwithstanding the economic incentives for companies.

Justin Sun, CEO of the Tron foundation, explains: “Once you convert in-game goods into NFTs, you give players real and demonstrable ownership of the item, while this ownership might theoretically be revoked in a central gaming environment. Items that are NFTs may be traded across games, on markets, and even outside of the game, allowing players to make better use of their money.

To take use of these capabilities, we’re thrilled that Sony has chosen to utilize the Tron network. A Tron-based NFT marketplace that Sony is developing alongside DeFine and using the Tron blockchain to enable in-game payments and move current in-game goods on-chain is contemplating making some of these things available via the new official Tron-based NFT marketplace.”