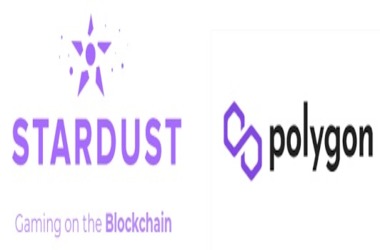 As a strong new scaling option, Polygon has been included to Stardust as a way to spearhead the web3 transition for game creators. Game developers who want to include NFTs into their interactive games may now do it using Polygon, an Ethereum scaling network that is enrolling millions of people to web3.

Stardust persists to further its blockchain-agnostic vision by embracing Polygon and removing the economic, technological, and ecological constraints that have hindered blockchain implementation among game creators.

According to Stardust’s Founder and CEO Canaan Linder, both individual and major game creators found it difficult to embrace blockchain because of its inherent complexity. “With over 7,000 decentralized apps installed on its primary network, Polygon boasts as one among the most lively and dynamic DApp environments.”

“Stardust strives to reduce obstacles in developing on blockchain by giving tested blockchain alternatives such as Polygon, which facilitates creating immersive gaming experiences.”

Polygon is quickly becoming the web3 platform of choice for developers. With great speed and cheap gas architecture, it is the rapidly growing blockchain networks. Polygon operates in conjunction with the Ethereum blockchain to boost performance and foster the framework growth. Scaling options, such as PoS, Edge, Avail, Zero and Nightfall are all part of the Polygon toolkit to accomplish this goal.

It is a goal of both Polygon and Stardust to provide a broad selection of safe and quick, inexpensive and energy-efficient options for its customers. Stardust is a blockchain-neutral, end-to-end NFT platform that enables game producers to create player centric, interactive experiences while employing NFTs to profit from financially successful play-to-earn formats.

Polygon Studios, Polygon’s NFT and gaming center, will also provide assistance for Stardust, making it easier for web-2 game creators to include web-3 components and NFTs into their applications. Sandeep Nailwal, the Co-Founder of Polygon, stated, “The intersection between gaming and web3 is gaining speed and is expected to be the pathway that takes the decentralized web to the public market. Game creators may now more easily include NFTs into their works thanks to the work of companies like Stardust. For Web3 gaming to perform at its best, Polygon provides the required robustness, scalability, and blockchain cost-advantage.”