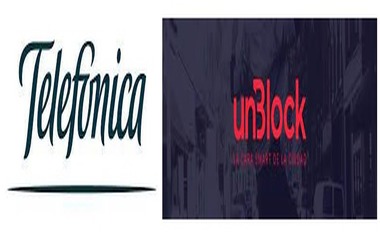 UnBlock has used Telefónica Tech’s Blockchain technology to develop the tourist industry’s inaugural web3 SuperApp, which will be unveiled on January 19 in Madrid at the International Tourism Trade Fair (FITUR). The unBlock SuperApp, which permits any individual (traveller or native) to reach any product, social gathering, or facility in the city, will now incorporate TrustOS, Telefónica Tech’s Blockchain-administered platform, to provide incentives predicated on fungible tokens and non-fungible tokens (NFTs) to consumers who intake city services.

The TrustOS platform from Telefónica Tech has a tokenization component that, on the one side, makes it simpler for businesses to generate, spend, and transfer tokens between users, and, on the other hand, simplifies the administration of tokenized digital assets. The incorporation of TrustOS into the unBlock offering would enable visitors and residents people to obtain tokens as they use city services accessible through the app (shop, pay, reserve, access goods, services, and events across the city or destination…).

Thus, unBlock develops its services to provide cities, places, enterprises, and individuals with one-of-a-kind and individualized experiences anytime, everywhere. Kudos to TrustOS, unBlock enforces the visit-to-earn notion, comparable to the more prevalent play-to-earn or learn-to-earn ideas in the web3 arena, in which users’ own behavior in the facilities is rewarded by crypto tokens that consumers can commercialize by switching to other consumers or by gaining access to distinct benefits obtainable only to those with a specific quantity of crypto tokens.

On January 19, Telefónica Tech and unBlock will demonstrate the possibilities of this cooperation at FITUR. Furthermore, tourists will be able to pursue a digital trail around several Seville tourist attractions, which will be accessible at the unBlock booth. The digital tours will be logged and authenticated in Blockchain, and tourists who finish the trip in the predetermined sequence will be awarded a memorial NFT that may be saved in their unBlock digital passport. These NFTs as well as other benefits that the app allocates on actual tours serve to motivate customers to follow their recommendations in order, so that trip management teams can redirect users on a real-time basis as per the potential of every webpage and can provide them a richer experience by preventing waiting times and mobs kudos to the app’s the ability to oversee visitor movements in a city.

The combined approach of Telefónica Tech and unBlock enable decentralized usage of Smart Cities facilities and enables visible advantages for visitors and inhabitants in the worldwide network of sites where it has already been enabled. Consequently, individuals will be able to exchange crypto tokens obtained at a tourist spot when they go back to their home city or visit a different location.
Sergio López, the CEO of unBlock, explains, “For unBlock, the collaboration with Telefónica Tech and the incorporation of its blockchain/web3/NFT technology implies reinforcing and growing our concept for Smart City and Smart Tourism Destination initiatives on a worldwide scale. The TrustOS technology from Telefónica Tech enables us to include a number of functions to our console and SuperApp that position us as the standard for enhancing the customized visitor experiences in each location where you discover our offering”. And he further says, “Through unBlock’s Smart City system and SuperApp, we will be able to monitor the behavior of citizens and tourists, oversee tourist flows efficiently, know the location-specific behavior of users, and enhance personalized interaction in in order to provide improved proposals and personalized services at the desired location.”

The president of the Blockchain business at Telefónica Tech, José Luis Nez, explains: “One of the cornerstones of the emerging web3 services is that they are able to return a portion of the value customers make. Our TrustOS framework is the simplest method for apps including unBlock to integrate this notion and take use of the core technologies without requiring much expertise or labor. This innovation has the ability to incentivize clients in any industry (stay-to-earn in lodgings, eat-to-earn in eateries, buy-to-earn in stores, etc.). At FITUR, we will demonstrate how we have applied the visit-to-earn idea using unBlock. 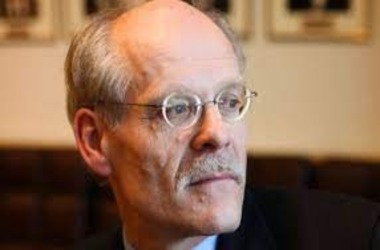