TRON’s founder, Justin Sun, has announced that the TRON DAO Reserve will begin accepting USDD on Thursday, May 5. These include SunSwap and Uniswap, as well as pancakeSwap and Ellipsis, which have all listed USDD. There will still be a cumulative quantity of 66,560,006.61 TRON tokens, 3,000,000 Ethereum tokens, and 13,100,000 BNB tokens on BitTorrent Chain (BTTC).

On the TRON network, USDD is being traded as a decentralized TRC coin. The TRON DAO Reserve keeps a close eye on the issue and management of reserves. Achieving universal financial independence is the ultimate purpose of USDD, which is why it is linked to the US dollar in an algorithm manner. USDD may be traded directly on the TRON platform since it is a TRC-20 standard token.

Stablecoin USDD is better equipped to perform its goal since it is not under the control of any person or group. USDD is also a rapid, low-cost crypto currency with a large supply and a proven track record in cross-border activities, making it a safe bet for investors.

A decentralized monetary system based on the blockchain was the impetus for the creation of USDD. Protect the worldwide blockchain sector and crypto market, avert frenzy trading due to excessive volatility, and alleviate catastrophic and long-term economic turmoil with the TRON DAO Reserve. It acts as an advance custodian for the USD and manages permits for the USD, ensuring stable prices and decentralization.

The TRON DAO Reserve intends to maintain the exchange values of centralized and decentralized stablecoins on TRON and the rest of the blockchains by comparing benchmark rates and providing liquidity. In an effort to minimize structural problems and pave way for overall price stability, it plans to design and execute monetary and exchange rate guidelines, act as a lender of final resort to market players and hold standby assets of several blockchains and blockchain-driven financial institutions.

It was announced in two open messages in April that Sun would be creating USDD and creating the TRON DAO Reserve, which would act as USDD’s primary custodian.
During the last four years, TRON’s network has grown to more than 90 million on-chain users and processed more than 3 billion deals. The circulating quantity of TRC-20 USDT has already surpassed that of ERC-20 USDT, transforming TRON into one of the biggest stablecoin systems across the globe, with more than $55 billion worth of financial instruments, including stablecoins that are on-chain, and $4 trillion in completed trades.

By the end of December 2021, the TRON network has completely decentralized and reorganized into the TRON DAO community, which Forbes estimates will be the world’s biggest DAO. The USDD platform is currently operational, and the token issue records of the past are available for public viewing. All three blockchains had active contract addresses at the time of this article’s publishing. 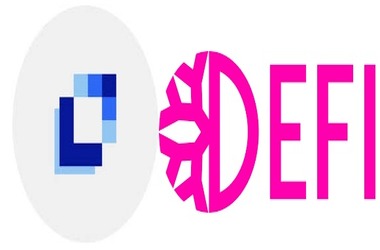