Turkish Takasbank unveiled BiGA Digital Gold to offer banks with a blockchain-powered system for the issuance, transfer and repayment of digitized gold.

Every asset reflects gram of the precious metal that is physically held in vaults of the Borsa Istanbul (BIST) Turkish stock exchange.

The BiGA venture intends to “establish an infrastructure that will allow for the execution of the transfer of dematerialized gold at certain standards with their physical equivalents kept in safe custody using blockchain technology,” the bank’s official website elaborates. While talking to Turkish news agency AA, Takasbank officials said as follows:

“This platform distinguishes itself from many similar projects in the world by allowing the use of blockchain technology to transfer digital assets based on physical commodities, not having any value of its own, and ensuring full compliance with existing regulations.”

Takasbank unveiled the BiGA Digital Gold platform with the involvement of numerous Turkish financial institutions such as private lender Garanti BBVA, state lenders Ziraat and Vakif, and private and state participation banks Kuveyt Turk, Albaraka Turk and Ziraat, among others.

Being the central clearing and settlement house in Turkey, Takasbank offers central counterparty clearing services for particular BIST markets assigned by the domestic financial regulatory and supervisory organization, the Capital Markets Board of Turkey.

Turkey continues to register stupendous growth in blockchain ventures involving both public and private sector, after the announcement of strategy for a nationwide blockchain framework.

Turkish President Recep Tayyip Erdogan, in its 2020 Annual Presidential Program, has mentioned that the government would complete trial of its blockchain powered “Digital Lira” next year.

In September 2018, BIST built a blockchain powered system to facilitate financial data exchange in partnership with Takasbank and the Central Securities Depository of Turkey. 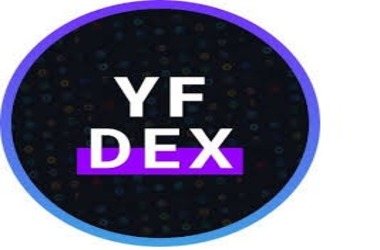 Yfdexf.Finance is Latest DeFi Project to Disappear With Investors Money