Ukraine is changing itself into the world’s friendliest bitcoin jurisdiction by enacting legislation that offers enticing prospects to digital firms.

Oleksandr Bornyakov, Ukraine’s deputy minister of Digital Transformation, said in an open letter published on Fortune that if implemented, the predicted future rule would enable crypto firms in the nation to interact directly with the banking system in 2022.

Bornyakov believes that the objective is to construct a high-tech state with a new digital economy while simultaneously fulfilling three roles: experimentation, regulation, and promotion.

“In the next 50 years, our objective is to establish the most pleasant and user-friendly nation in the world. To support the emerging digital economy, we are also establishing a top jurisdiction for cryptocurrency and blockchain firms.”

In Ukraine, virtual assets have legal standing after the parliament enacted the Virtual Assets Bill in September, legalizing cryptocurrencies and other digital assets. Ukraine takes pride in having the world’s first, most comprehensive, and high-quality regulatory framework for virtual assets.

As a consequence, Bornyakov claims that Ukraine has overcome one of the major barriers to crypto adoption, “the establishment of governmental infrastructure.”

In September 2021, the government also introduced a paperless system, which means that “public officials would not be allowed to demand paper documentation from Ukrainians.” Ukraine is also often regarded as one of Europe’s most technologically advanced nations, having the world’s fourth-highest cashless payment integration.

“Because Ukraine is a leader in crypto adoption, our population are already familiar with how to interact with crypto assets.”

Furthermore, renowned firms like as Grammarly were founded in Ukraine, and the nation has a solid blockchain development ecosystem. Among the world’s top Ukrainian blockchain businesses are Bitfury, a prominent security and infrastructure supplier for the Bitcoin Network, Hacken, a blockchain security consultant company, and Poppy, a digital assets point of sale system.

According to Bornyakov, the Ukrainian virtual asset market produces significant turnover, although the bulk of transactions take place in the “gray region.”

“All stakeholders, including the state, enterprises, and users, face potential hazards as a result of this.”

Ukraine has made significant efforts to regulate and legalize the business process via digitization in order to tackle this issue and assist real enterprises in expanding their operations. Adoption of digital procedures has also proven to be a successful strategy in the country’s fight against corruption.

“By providing outstanding tax planning alternatives, we want to encourage crypto enterprises to register their businesses in Ukraine.”

The September bill has four provisions: definitions of core concepts and kinds of provider services, the construction of a permit system, and the resolution of financial monitoring difficulties. Bornyakov says that the policy is intended to be technology-neutral, which means that it concentrates on regulating commercial ties and virtual asset service providers rather than cryptocurrencies and tokens (VASPs).

The primary problem that the government is now facing, according to Bornyakov, is selecting which regulatory body would pioneer the new area. This comes after Ukraine’s President Volodymyr Zelensky returned the bill to parliament, which included his ideas for reforming market regulators.

Bornyakov went on to say that two regulators, the Ministry of Digital Transformation and the National Commission of Securities and Stock Market, are both well-equipped to serve as principal regulators. In another twist, Bornyakov suggested the National Bank of Ukraine as a possible major participant in the new market. He proposed that the central bank establish its own CBDC to protect the stability of the financial system in a digital economy.

“The software businesses, massive exchanges, hedge funds, and institutional investors we want to recruit need order and a regulated atmosphere in which to do business.” 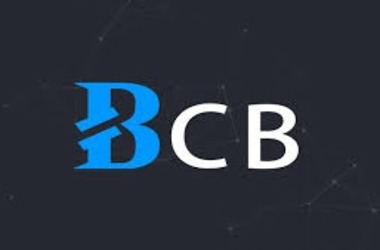