Large investors in Uniswap (UNI) are reportedly making aggressive purchases of the cryptocurrency, as reported by the analytics firm Santiment. According to Santiment’s estimates, addresses with ownership ranging from 10,000 to one million Between July 8 and July 24, Uniswap acquired 10.74 million more UNI to their holdings, which represents 1.1 percent of the entire supply of the asset.

The analytics firm estimates that the 16-day accumulation of the most important stakeholders at UNI is worth around $74.3 million. The stronghold that Curve (CRV) now has in the market for decentralized finance (DeFi) is being challenged by the decentralized exchange (DEX).

According to IntoTheBlock, Uniswap’s total value locked (TVL) briefly surpassed that of Curve last week. This was reported by Uniswap. According to the analytics firm, Curve has maintained its position as the most successful DEX in terms of TVL for more than a year. Subsequently, it has regained the leading position, despite the fact that the competition between the two DEXs is still quite close. Curve has $5.86 billion in TVL as of the time this article was written, whereas Uniswap only owns $5.85 billion. 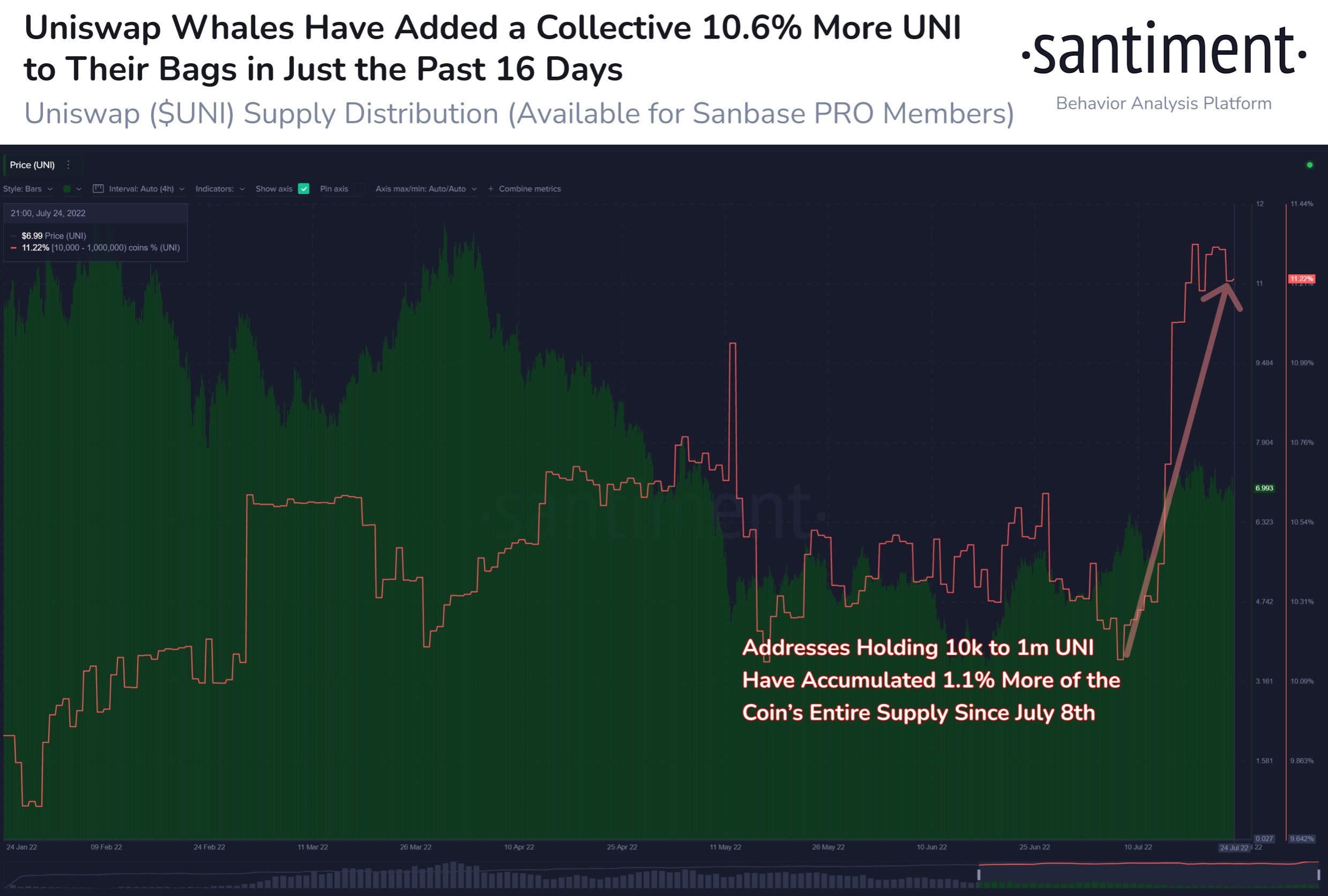 The total value of the smart contracts that are stored on a blockchain is symbolized by the TVL. The TVL may be easily calculated by simply multiplying the total amount of collateral connected to the platform by the current market value of those assets. Santiment forecasts that the price of Ethereum (ETH) will continue its erratic behavior as market participants get ready for today’s meeting of the Federal Open Market Committee (FOMC). 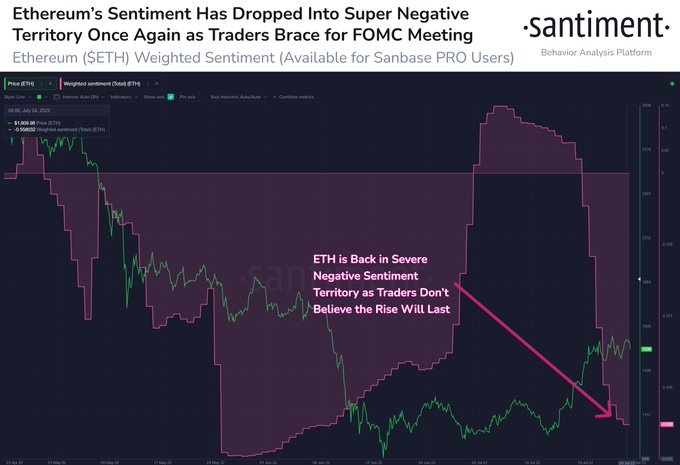 “On Sunday, the price of Ethereum was volatile, first reaching above $1,640 and then dropping all the way down to $1,540. A price drop is something that the trading community still sees as likely happening before the next meeting of the Federal Open Market Committee (FOMC). Ethereum ought to keep its volatile nature.”