The creators of the VeChain (VET) platform have announced that the much-anticipated Proof-of-Authority (PoA) 2.0 would be launched in its first phase before the end of October. “We are working on the last measures to get phase 1 of PoA 2.0 ready for go-lives at the end of this month,” VeChain Dec said in a Twitter post. “We are really excited about this significant improvement to the VeChainThor blockchain,” says the developer.

Other blockchains are based on consensus techniques such as Proof-of-Work (PoW) and Proof-of-Stake (PoS). According to Vechain101.com, the VeChain network is driven by Proof of Authority (PoA).

PoA generates the next block by selecting one of the 101 pre-approved validators at random from a pool of 101 validators. This concept eliminates the need for computational competition, resulting in increased speed and efficiency in the block creation process.

VET was founded in 2014 on the Ethereum blockchain. Later, in 2018, it changed its name to reflect its blockchain technology (VeChain). Following that, VeChain engineers began working on the Project of the Atom 2.0 (PoA 2.0). VeChain Foundation announced on October 11 a vote to deploy the first phase of PoA 2.0 on mainnet, which took place on October 12.

The network redesign is now on its approach to becoming a reality, having received the support of a majority of voters. In preparation, VeChain introduced the VIP193 protocol, which improves network safety, scalability, and finality by increasing the number of transactions per second.

VeChainThor is focused on providing a quality-based scaling solution, which is why it makes advantage of the PoA 2.0 SURFACE consensus for bandwidth optimization in its implementation. In computing, SURFACE is an acronym that stands for Secure Use-Case-Adaptive Relatively Fork-free Approach of Chain Extension. The introduction of PoA 2.0 is intended to enhance the number of transactions processed per block while simultaneously improving bandwidth efficiency.

VeChain’s usefulness was shown in August when it formed a partnership with China’s real estate giant Jones Lang LaSalle (JLL) for sustainable property technology (Proptech). In particular, the network allows JLL real estate owners and developers to easily track the carbon impact of their properties during their entire existence. Because JLL tenants have access to a ‘Carbon Label,’ they can make more informed decisions about their workspace. Finally, workers of JLL will be able to benefit from incentives for using low-carbon technologies.

The Carbon Footprint Traceability Platform, which VeChain developed, was the subject of a new software-as-a-service solution announced later in September. In order to revolutionize sustainability monitoring in the fashion sector at every level of the supply chain, the project is focusing on the following areas:

During the same month, the network reached the milestone of 10 million blocks handled in total. Simplex and Shopping.io have also joined with VeChain to facilitate the purchase of VET tokens in a seamless manner, and VeChain has teamed with Simplex to enable the payment of online shopping using VET tokens. The Republic of San Marino has even built a digital COVID vaccination certificate using VeChain, while a Mediterranean hospital has released a COVID vaccination app that is based on the blockchain.

VET is the 23rd most valuable cryptocurrency, having a market capitalization of $8.8 billion. According to our statistics, the cryptocurrency was trading at $0.1313 at the time of writing, representing a gain of 0.7 percent on the day. The coin has also seen a 1057 percent increase in value year to far. 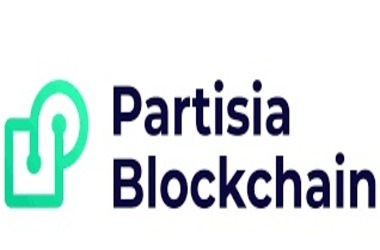